After finding out details about the Acer A1 handset, we’ve got fresh info on the F1 smartphone, also coming to the stores this autumn. Scheduled for a September release date, Acer F1 should pack a full touchscreen and a Snapdragon CPU, just like Toshiba TG01, but this time we’re dealing with an 800 MHz ARM chip, no the 1000 MHz of the Toshiba device. 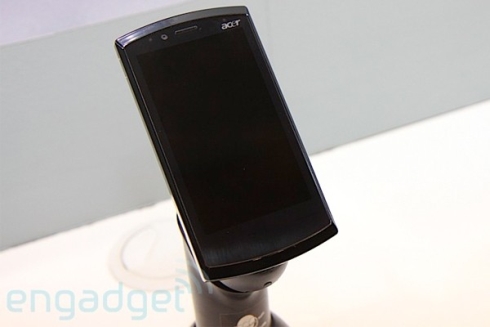 F1 will use Windows Mobile 6.5 as its OS, fancied up by a Flash-based Acer Suite 2.0 shell. The Acer smartphone has a price tag attached to it, $760, but nothing is confirmed right now although we’d love to see more handset makers picking up this CPU, just like Toshiba.