Over the past days I’ve seen Android Ice Cream Sandwich ported on quite a bunch of devices, including the antique HTC G1 and now it even pops up on the beloved Nokia N900. This Maemo masterpiece, released in 2009 shows us that it still has muscle, in spite of only showing off a 600 MHz processor. 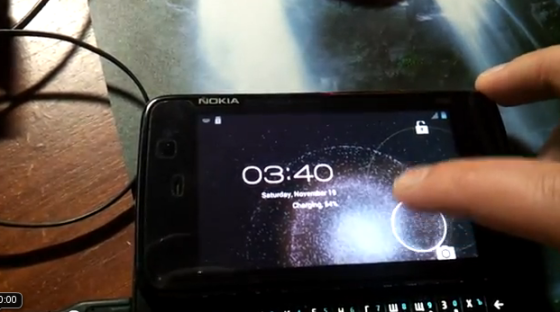 NITDroid is responsible with the port of Android 4.0 on the Nokia N900 and as you can see in the video below, the release still has some bugs and problems, one being the huge lag spotted in the web browser and all other functions for that matter. I’m expecting connectivity to be a failure here, as well as the camera features and the usual bugs. However, we should appreciate the time these guys spend on creating such amazing software and porting the latest in Android release to hot, but old devices.

This the pre-pre-alpha build, that very much excuses the entire collection of bugs. Nokia N900 continues to be an amazing piece of gadgetry even after almost 3 years since its debut and I would buy one right now, if I had the chance. If some sort of tweaks will make an ICS lite appear on this handset, Nokia might realize the appeal of Android suddenly and maybe adopt it.