This week Apple has advanced one of the most complex patent filings of the year, having to do with security, gaming and new functionality on the iPhone and iPad. It appears that it all centers around the fingerprint sensor and the Home button.

Documents mention a secondary fingerprint scanner integrated within the display and a special pattern identification. For example, you can be authenticated by rotating and twisting your finger tips on the screen. Imagine a safe combination, only finger-based.. Apple also mentions the integrated of the fingerprint sensor within the touch display, which is something we’ve heard about before. 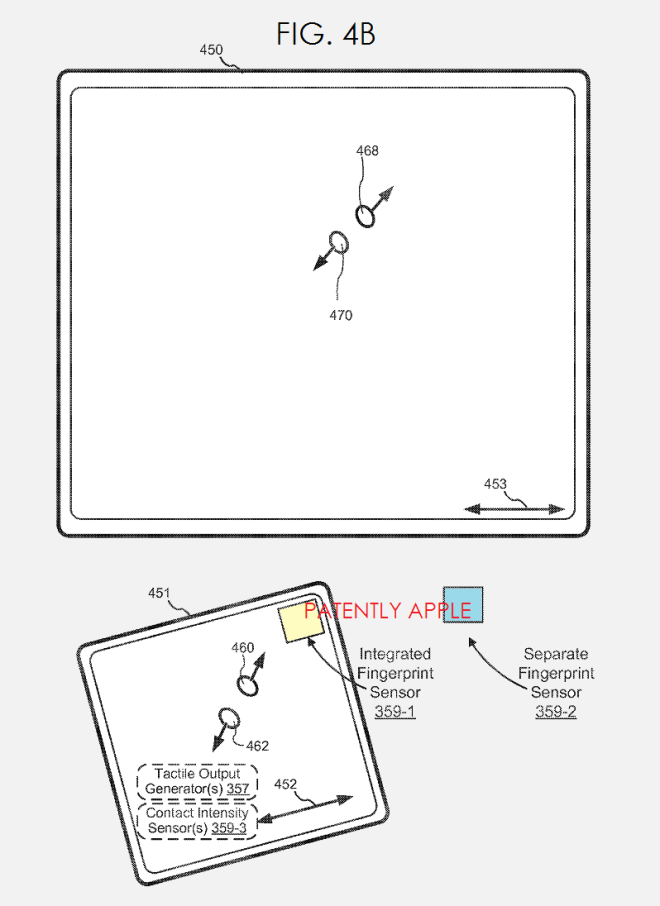 This doesn’t meant the Home button is going away! Apparently the documents describe the use of the fingerprint gestures and movements within games and even involve the Home button in it. The length of the press and force may be an indicator for a certain game, when using the Home button. Interestingly enough the patent also mentions the Home button as a virtual button, so it may actually become a virtual touchpad area below the screen.

Finally, there’s talk about controlling noise reduction in audio recording with the fingerprint sensor. Also, the Home button is shown as a sort of scroll wheel, through the UI and especially lists and navigation. We can’t tell if these features will make it to the iPhone 6s, but odds are that they will. 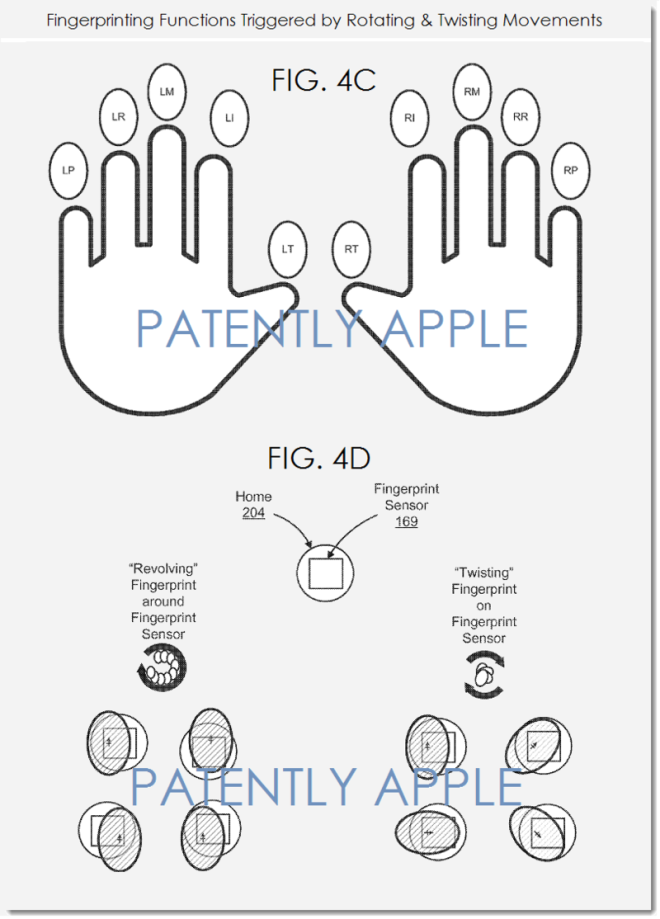