Remember what happened when the original iPhone was launched? The device reached the US first and the rest of the countries had to settle with expensive black market units, till the device was available over there. Now this is happening to the iPad, at least in the UK and China, as shown by a recent CNN story. 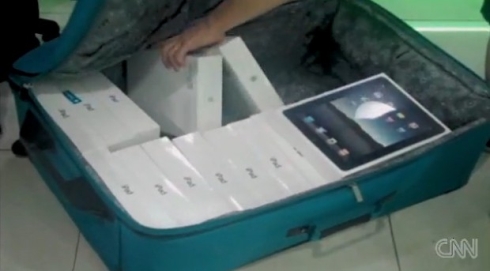 Apparently, the Apple Tablet is being sold for huge prices in these countries, after being bought in the US. CNN follows the adventures of a couple of Hong Kong business men, who flew to the States, bought around 200 iPads and flew back home in order to sell the devices for as much as $800.

They made quite a profit and believe it or not, the folks buying from them were going to resell the iPad units in China, for even bigger prices. Of course, this is not illegal, but nor is it approved by Apple. What’s worse is that this is the WiFi version we’re talking about and not the 3G one…