Telus is following in Bell’s footsteps, by launching BlackBerry 8230, also known as Pearl Flip, now available on both CDMA networks in Canada. The device will set you back $49.99 CAD with a 3 year contract and it’ll be available in black or pink. 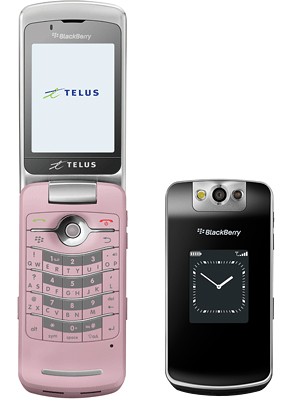 There’s also the option of buying it free of contract for $449.99, but that’s a bit too much for RIM’s first flip phone.