How about a handset that runs Windows 7 and Symbian? This model is as real as it gets and it’s made by Fujitsu. The handset bears the name of Fujitsu LOOX F-07C and it was detailed by a leaked product brochure  a couple of weeks ago. However, now the product is official. 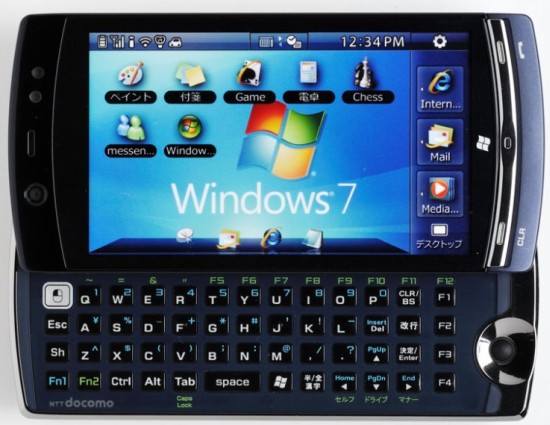 This is basically a MID phone, powered by an Intel Atom CPU and now officially available on NTT DoCoMo. It should hit the stores this summer for about $864 and we can’t help but wonder if the licensing fees for Win 7 were paid, but we’re just being mean here. The specs previous leaked seem to have been the real deal, so we’re talking 4 inch touchscreen, 1.2GHz Intel Atom CPU and 1GB of RAM.

32GB SSD, WiFi b/g/n, Bluetooth and dual cameras round up the specs list. Will you get this device?