At some point during 2009, we stumbled upon a strange device, the One smarthone, made by strangely named company Geek’s Phone. First mentioned in May, the phone sounded like a fake at first, but now it’s more real than ever and an upgraded version of the original prototype might be introduced tomorrow. 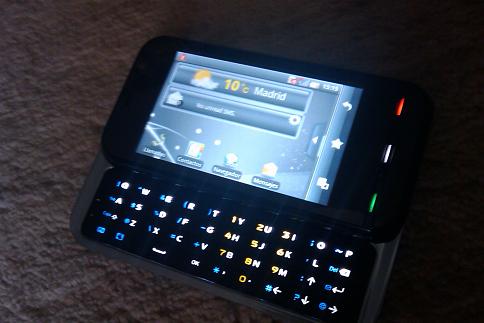 The new handset will seemingly be called Geek’s Phone ONE r2 and it’ll pack a resistive touchscreen, A-GPS, a 40 key and 4 row keyboard and a DVB-T tuner and DVB Radio.

Phone One r2 will be available in the Christmas Season and it’ll cost the same as HTC Dream or Magic, but too bad that it doesn’t pack an accelerometer or G-compass.