A friend of the Engadget folks, going by the name of Tnkgrl has recently had the chance to mess with the Google Phone, Nexus One.  She couldn’t take pictures of the device, or film it, but at least she brought back all the needed details. Turns out that the handset won’t support multitouch, at least in the browser or Google Maps. 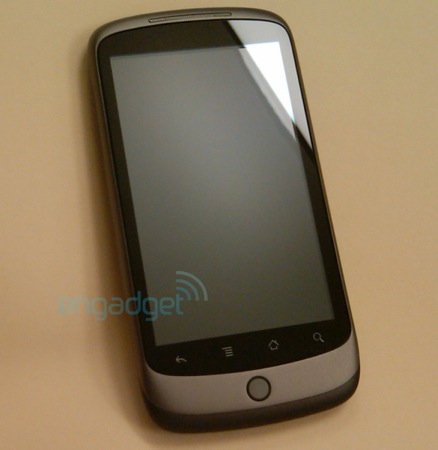 Nexus One’s lack of multitouch reminds us of Verizon’s Motorola Droid, but this flaw disappears in the European version (Milestone). Tnkgrl’s test unit came with a 4GB microSD card, a 1400 mAh battery and it worked on T-Mobile’s 3G network only, so no AT&T love for now.

The tests also showed that the handset is snappy, faster than Droid and features gold contacts on the bottom edge, probably for a docking port/car accessory. Keep in mind that, although the Google apps tested on the phone don’t support multitouch, the OS and hardware do.