Hey folks! After some pleasant days in Barcelona, reporting live from MWC 2011, we’re back with the unboxing video of the Google Nexus S. Also known as the Samsung Nexus S this is the very first Android 2.3 Gingerbread phone released on the market. I have to say that I’m loving the new Google OS and the design of the device. 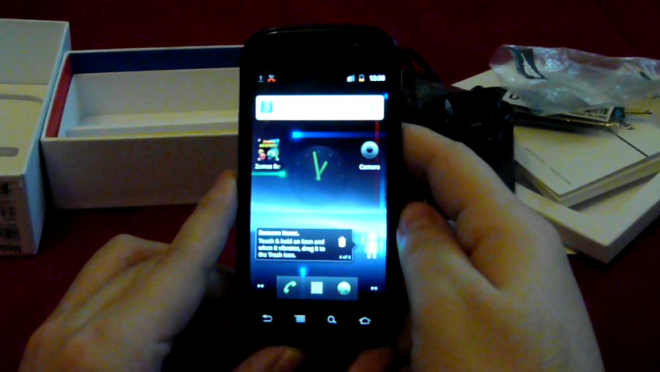 As you can see, the handset comes with a headset, a charger, USB cable, battery and manual, as every phone should. We get to see its beautiful Super AMOLED 4 inch touchscreen light up in the video, as the device powers up. Know that this compact device is a mere 10.9mm thick and it weighs 129 grams.

You shouldn’t be bothered by the plasticky back case, since the phone is pretty tough, but the same case requires long nails for you to open it. Under the hood of this beauty there’s a 1GHZ ARM Cortex A8 CPU, plus 16GB of storage and 512MB RAM. Its battery is very impressive, but you’ll learn more about that in our full review, coming in the next few days.