HP debuted the Slate 6 VoiceTab and Slate 7 Voice Tab phablets in India, with 3G support and voice calling back in February and now the HP 7 VoiceTab is also ready to arrive. This device is being teased in the image below and it comes with a more rounded design compared to the Slate models. 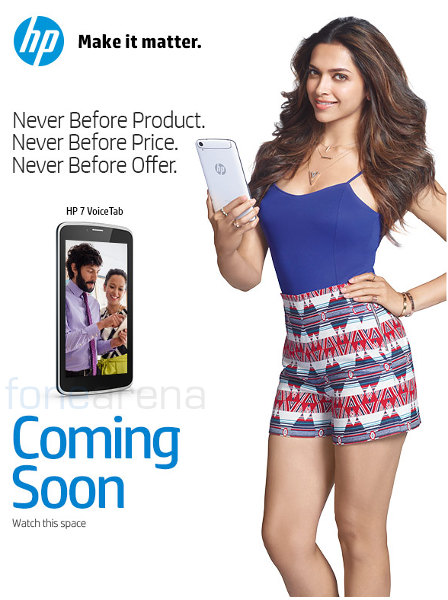 The product is basically one large phone, with a 7 inch display, voice calling capabilities and 3G support. It also has a rear camera with LED flash and speakers placed one next to the camera and one at the bottom. There’s a microSD card slot in the mix as well and this model should come with dual SIM slots in some international version. In other countries it’s been available since February and it measures 9.5 mm in thickness, while weighing 325 grams.