HTC One S is a blessing in disguise for those of you who don’t like the fact that modern smartphones have jumped past the 4.3 inch mark and are behemoths with 4.7 inch screens. Well, to fix the problem we’ve got the HTC One S to the rescue, scoring higher than the HTC One X in some benchmarks even and looking very hot. 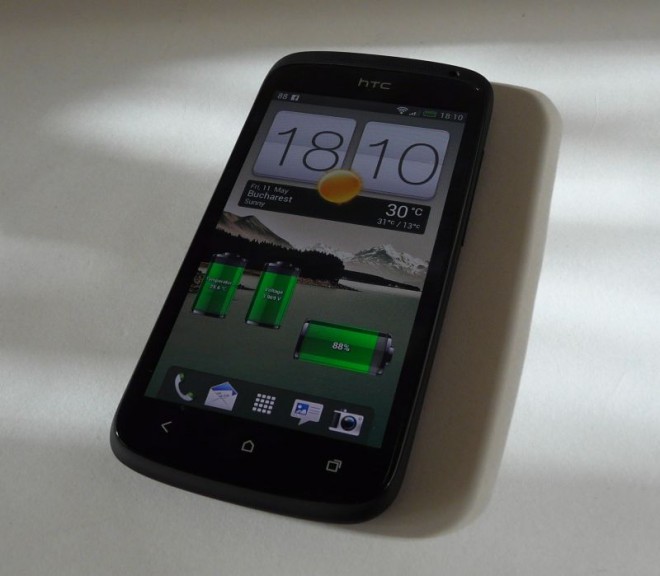 This is actually the thinnest HTC smartphone ever, just so you know. We’re dealing here with a model available in black or ceramic black and sporting an unique type of case. It’s got a special coating achieved by applying a bolt-like electric current (huge voltage) to a metallic surface that turns into something that feels like ceramic. That coating makes the handset both matte and offers a nice feel to your fingers when you touch it. However, it may be the cause of the phone’s slipping onto clothes or your palm.

Anyway, the process described above (electric current and all) is called micro arc oxidation so you can look it up, as there are some interesting videos about it. Moving on, we get a device that measures 7.8 mm in thickness, weighs 119.5 grams and features a microUSB port on one side and the volume buttons on the other. It’s marked with the Beats Audio logo on the back, close to the speaker and it’s got the already classic Android 4.0 capacitive keys upfront. Also upfront we have at the top the typical HTC grille and front camera, plus the 4.3 inch Super AMOLED display with 540 x 960 pixel resolution. The screen is protected by Gorilla Glass technology.

Finally, at the back we have the 8 megapixel camera with flash. Since this is where the design ends, I have to mention yet again, that the phone feels incredibly light and basically you won’t even feel you have something in your pocket, for example. As far as specs go, there’s 1GB of RAM inside, 16GB of storage and at the upper back there’s the microSIM card slot, hidden behind a plastic lid that also covered the camera mechanism. No trace of microSD card slot here, in case you’re wondering. 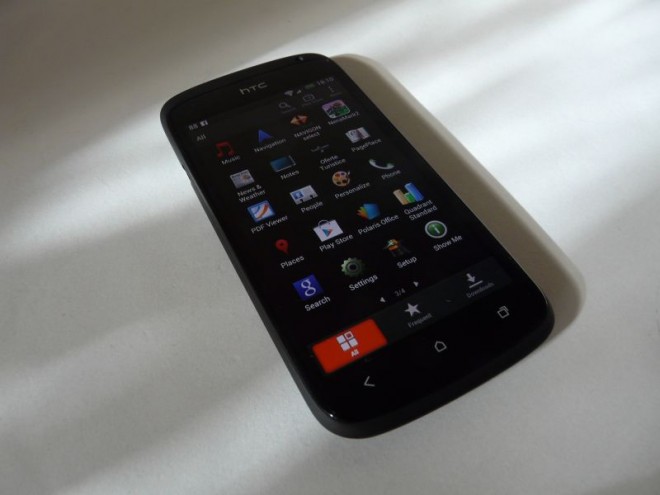 HTC One S supports HSDPA connectivity, WiFi, DLNA, Bluetooth 4.0 and micro USB 2.0. Its brain is a Qualcomm Snapdragon S4 Krait dual core 1.5 GHz processor, that provides us with an Adreno 225 GPU. The new One series model provides the user with the usual accelerometer, gyroscope, proximity sensor, compass, stereo FM radio, AGPS and this time we have a 1.650 mAh battery to juice things up. We got about 2 days of use from this battery, which is very good and once again a testimony that HTC’s battery technology has evolved, just like on the HTC One X.

On the software side we have Android 4.0 with HTC Sense 4.0 and a terrific performance. Gone are the rotating carousel and useless effects and “efficiency” is the key word now. If you want benchmarks, know that the One S scores 5103 points in Quadrant, surpassing the 4.605 points we got with the One X in the same test. However, in the AnTuTu benchmark the One X wins with 11.200 versus the 7.069 we got on the One S. Finally, NenaMark 2 gave us 60.3 fps on this phone, while a week before we got 45 fps on a quad core Transformer Pad 300 tablet. 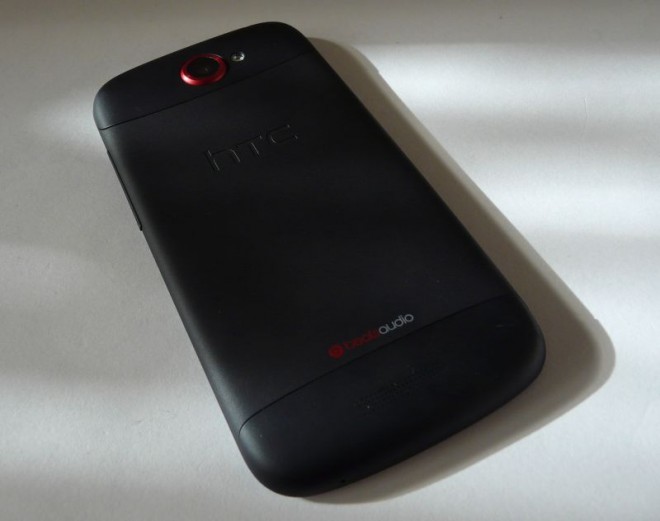 Anyway, back to the software, the experience is pretty much the same as the one you saw in the HTC One X review, so we get the settings area in the notification bar and now it includes connectivity sliders, we get a Play Store link in the apps area and the widget menu is completely changed and much more efficient. The camera UI is also better now and it gathers all of the important options in a single area accesible through a tap on the settings icon on the left. Speaking of camera, we have here an 8 megapixel sensor with autofocus, LED flash, simultaneous photo and video capture, geotagging, 1080p 30 fps video capture and the ability to also capture stereo sound when filming.

There’s a video stabilizer, HDR, slow motion capture, burst shot and tons of effects, so this is the perfect camera for you all Android lovers. You can also do photo capture while playing back video. The videos look stunning on the Super AMOLED screen, the colours are bright and the image is crisp. Some may regret the lack of 720p resolution, but I didn’t feel that lack. If we move on with the multimedia we discover the audio aspect, with Beats Audio settings if you have the needed headphones and a back speaker that to me was underwhelming. Its volume was simply too unimpressive…

Overall, the phone works like a charm, multitasking is easy to play with, by swiping apps you want to close in a more beautiful manner than on the Galaxy Nexus. We’ve got the Friend Stream area for socializing, a Car mode if you want to use the handset in the cradle and only access the vital features and obviously preinstalled Dropbox with 25 GB of storage free for 2 years. This model gets a 9 out of 10 from us on the design side, an 8 in hardware (only 16GB of storage, no microSD, bad lid at the back covering the microSIM, no 720p screen, poor speaker) and a 9 out of 10 for the software (HTC Sense 4.0 feels and looks great). It’s a solid 8.66 overall and a must have phone if you want raw dual core power and current quad core offerings are too expensive for you.