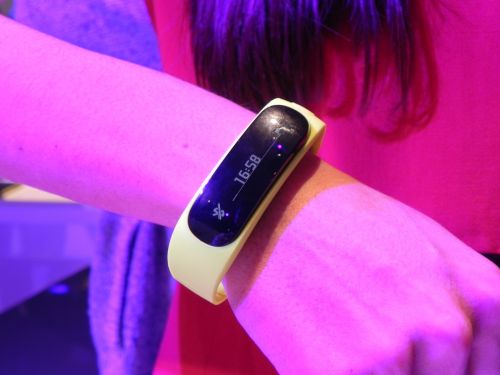 Our sister site Mobilissimo.ro got close to one of the Huawei engineers present at the debut of the Huawei Talkband at MWC 2014. Thus, they tested the bracelet slash Bluetooth headset and today they’ve received word straight from Huawei that a new bracelet of this kind is coming.

The so called Huawei Talkband B2 was confirmed by Edmoon Chai, one of the engineers who worked on the first device. The new model will fix the shortcomings of the predecessor, including how easy it is to lose the device and the low volume of the headset during calls. In case you’re not familiar with the Huawei TalkBand B1, it’s a fitness bracelet, that integrates a Bluetooth headset and it’s priced at 99 euros.

The body is made of plastic, while the strap is made of a hypo allergenic material, based on silicon. This product is water and dust resistant and we sure hope the new bracelet will bring an improved battery and a more precise pedometer. Fingers crossed for the iOS app associated to the device actually working this time…