The iPhone 4 has barely been out for one day and already criticism is pouring in, mostly because of dropped calls and signal issues. Apparently, the handset’s bottom-left corner is not acting well when in contact with the user’s hand, so you’ll be dropping calls a lot if you don’t hold the phone right. 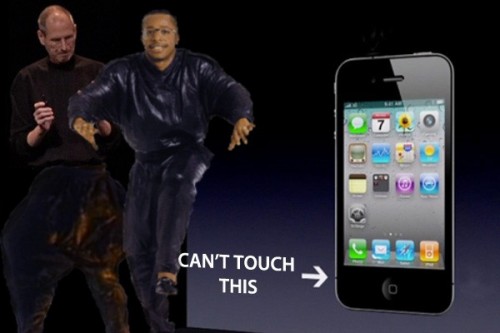 This is the device’s segment where the Bluetooth/WiFi/GPS antenna meets the GSM/UMTS one and Engadget recently tested their copy of the iPhone 4. looking for this flaw. One unit showed the issue everytime it was held in the user’s left hand, as the palm was bridging the two antennas, while the other UK-purchased iPhone 4 was OK.

A $29 rubber bumper solves the issue and also bridging the two antennas with a finger tip doesn’t cause any problem. Engadget supposes that the conductive skin is the one detuning antennas and even killing calls at some point. Meanwhile, a couple of BGR tipsters have proved that the iPhone 3G with iOS 4 on board has similar problems, so this might be a software bug after all.

Here’s a video showing the issue on the 3G model: