Although the general web opinion seems to be that the iPhone 5 was a bit of a disappointment, it still managed to break all preorder records and take a few sites down with it. Announced last week, on Wednesday, the new iPhone surpassed all expectations, with AT&T confirming that the demand is significant, to say the least. 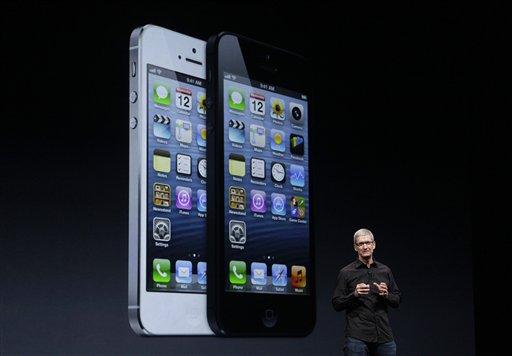 The same carriers call this debut, the “most successful iPhone launch ever” and they mention that the preorders set a sales record over the weekend, making this the fastest selling iPhone to date. All previous models were surpassed and preorders of the iPhone 5 went live at midnight last Friday, in case you’re wondering. Following that, it took just an hour for Apple to be out of the preorder stock. The customer demand in that first hour was so impressive, that it caused outages on Apple.com and some carrier websites.

The iPhone 4S took 22 hours to sell out, while the iPhone 4 took 20 hours. So, the iPhone 5 managed to sell out 20 times faster than these devices and if that’s not a success, I don’t know what is. The demand for the new phone is also affecting the shipping expectations, that have now reached one to two weeks and in some cases it even increased to 3 weeks. Meanwhile, sources say that the first iPhone 5 orders have started shipping from China, although they’re still set to arrive on September 21st, as promised.

People are already queuing outside the Apple Store on Fifth Avenue in New York, to be among the first to get their hands on the first bigger screen iPhone. That’s 8 days early folks and it may require great patience, a tent, food and… patience again. So, is the iPhone 5 a success or what?