Apple’s new iPhone 5 is the hottest device all-around and already they reported selling over 5 million of them. Some users around the Globe are enjoying their new iPhones while others, though purchasing the same device, not so much. After the anodized casing issues with the black variant of the iPhone 5, another problem seems to ruin the experience for the new iPhone owners. 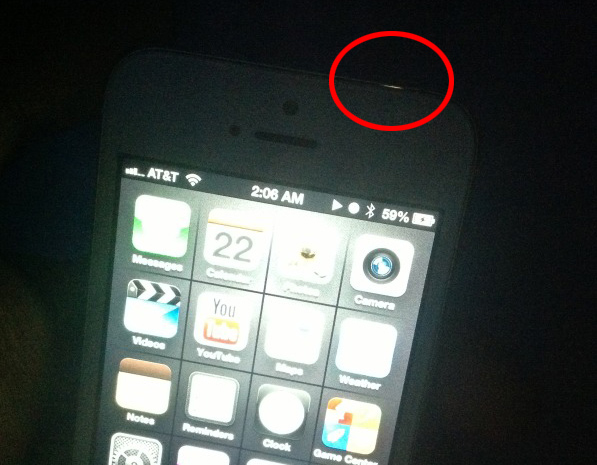 With such large amounts of the new device being sold around the world is hard not to come by some defective units, as it has happened with previous gen i-devices. The latest complain from some users seems to be regarding light leakage issues around the device’s case. According to MacRumors forum member “Leotno,” some white iPhone 5 models are showing slight light leakage between device’s glass display and chamfered aluminum antenna.

BGR has also confirmed experiencing the same problems with one of their test units of the white iPhone 5. The sorce of the problem seems to be a small crack on some new iPhone 5 units located just below the home button. At the moment we cannot tell for sure how many units are affected by this issue. The unit that BGR reported defective is an 64GB iPhone 5 – white and silver model running on AT&T. Further reports are expected if this is indeed a major issue affecting a large number of devices. 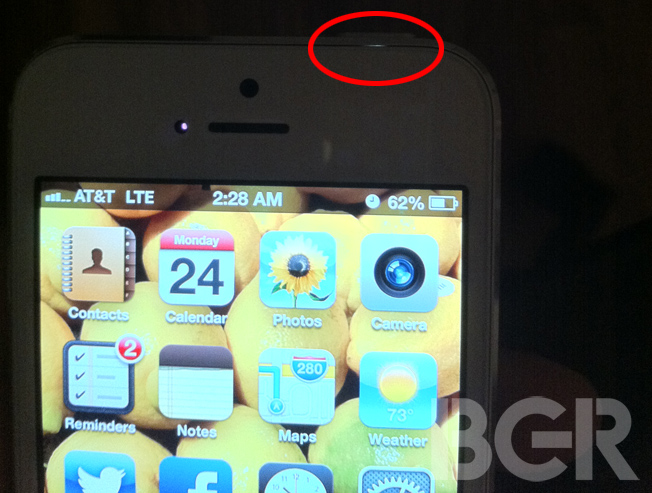