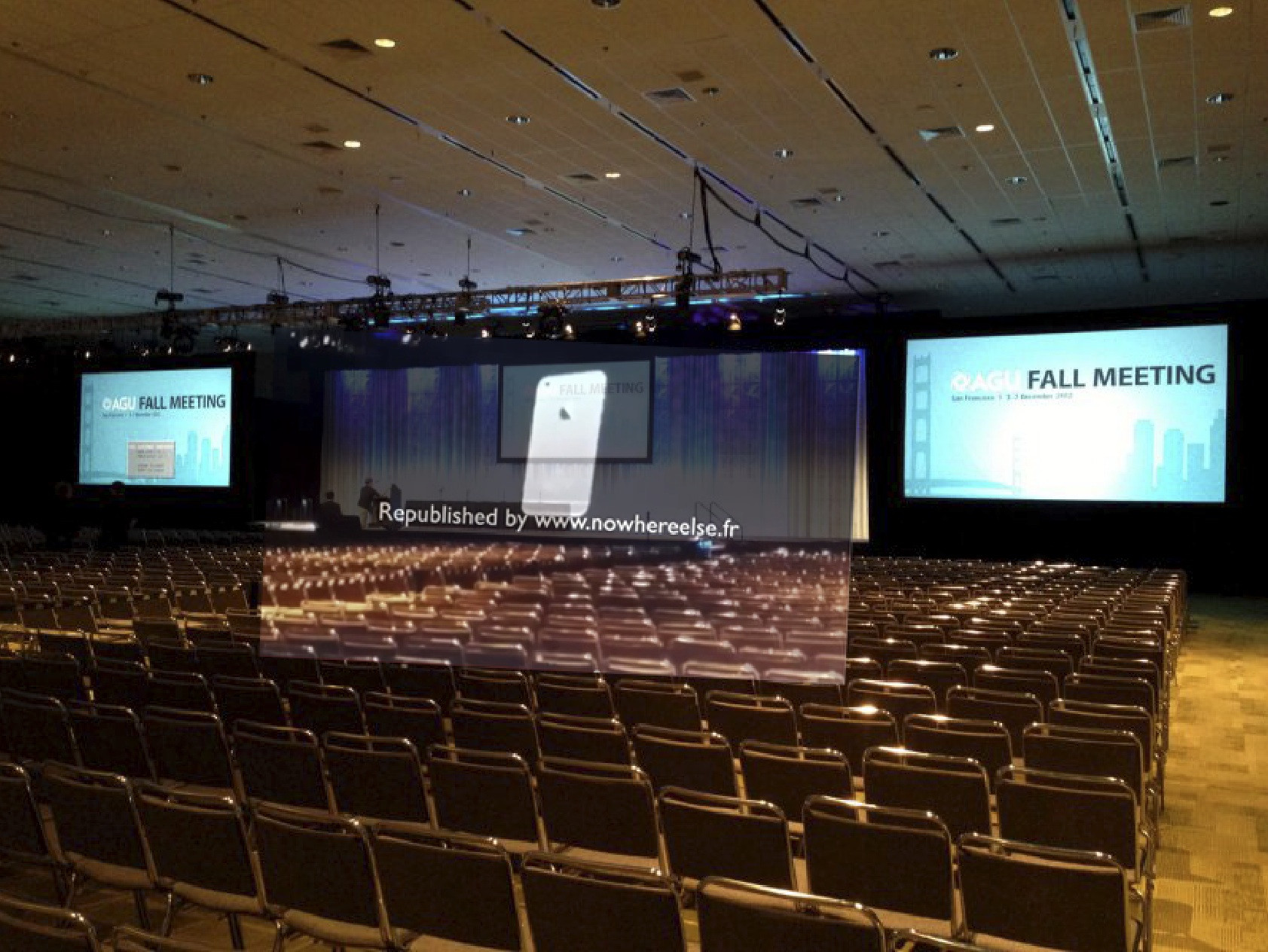 Remember the piece we had yesterday on the presumed iPhone 6 short video? Well, as we supposed, it turned out to be a fake, but a pretty well done one. I have to remind you that between June 2nd and the 6th Appl is holding the WWDC 2014 event in San Francisco and we may see a new iPhone there. 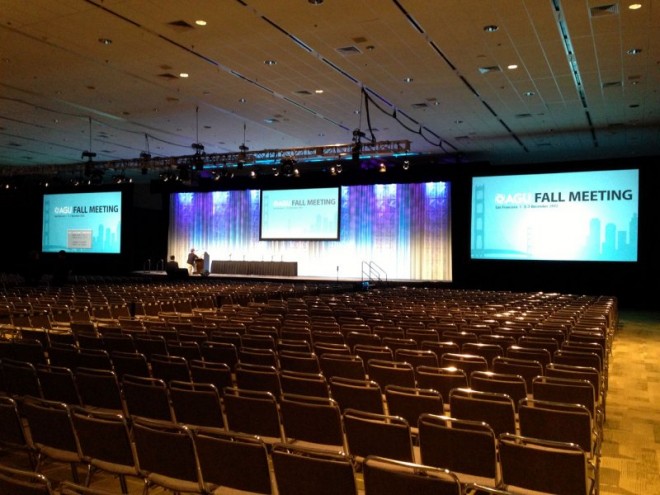 Supposedly, the conference room was prepared for the event over the past days and someone caught a quick video of the preparations, with an iPhone being shown on the screen. It was an atypical iPhone design and Redditor likesthings actually caught the fake in the act. As you can see above, that’s the official picture used by the forger and below you can see the iPhone Photoshopped into the image.

It’s customary to see such fakes before big launches, so I can’t really say I’m very surprised. In the meantime the huge amount of iPhone leaks remains true, for the most part, making the next gen Apple handset one of the most leaked devices ever. At least someone didn’t forget it in a bar… 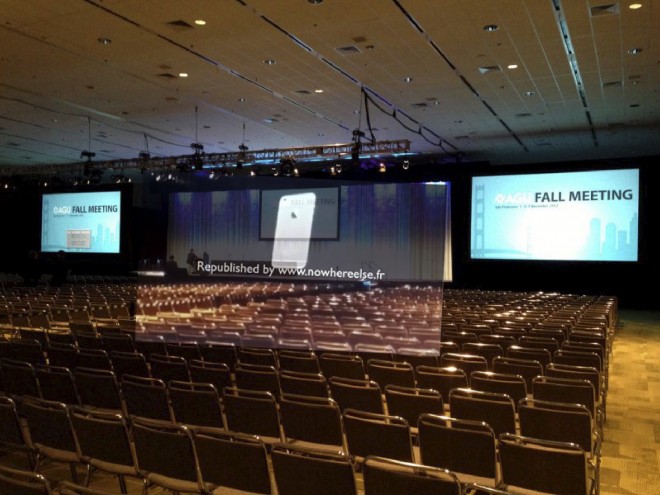