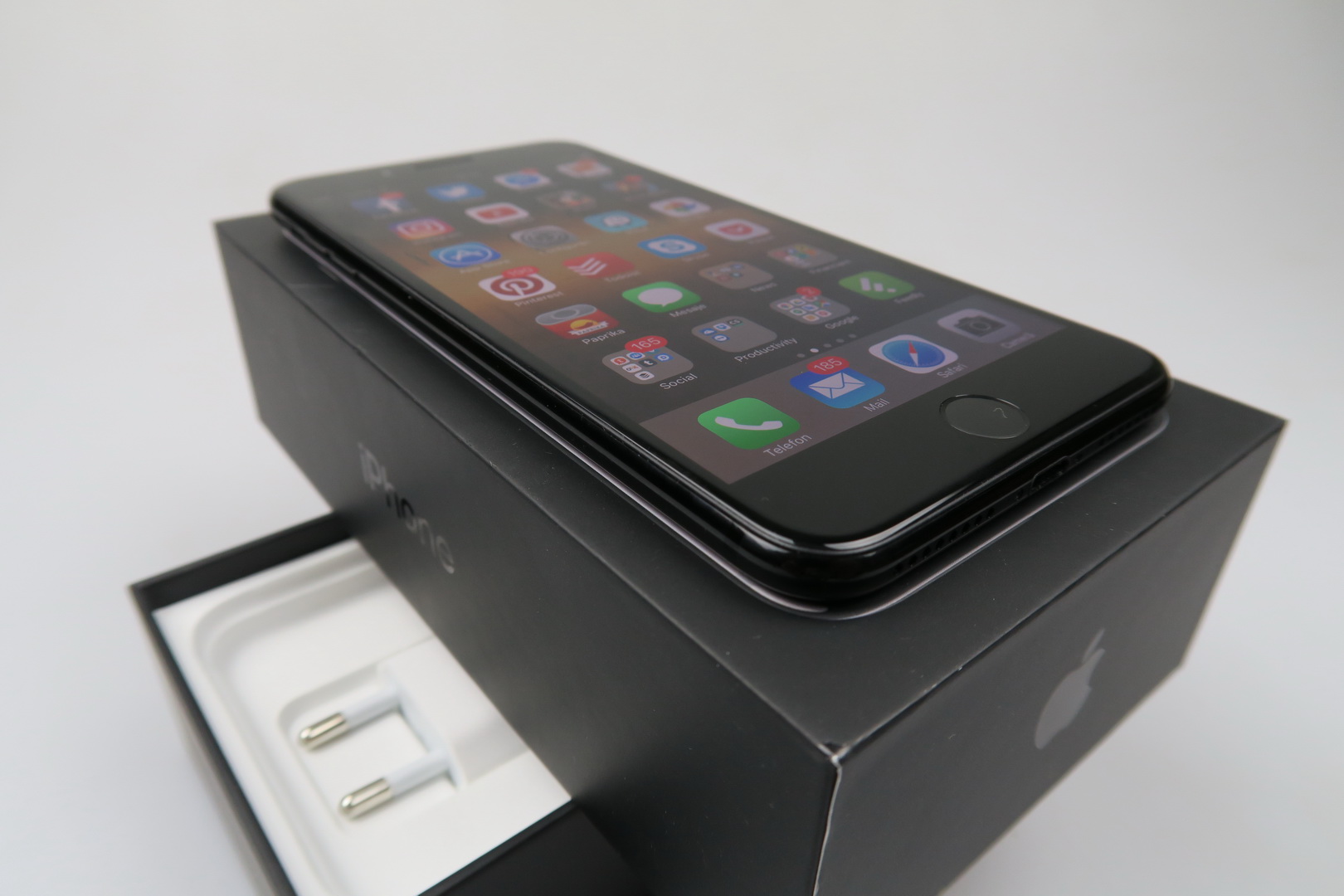 We’ve already reviewed the iPhone 7 and found it to be, just as expected more of an iPhone 6Ss, rather than a REAL new generation of product. Time to see what its bigger version can do, as the iPhone 7 Plus has arrived and it’s getting unboxed below. It just so happens that we’re playing with the Jet Black 128 GB model, that’s pretty hard to come by these days. You can find it priced at $869 in the 128 GB version. 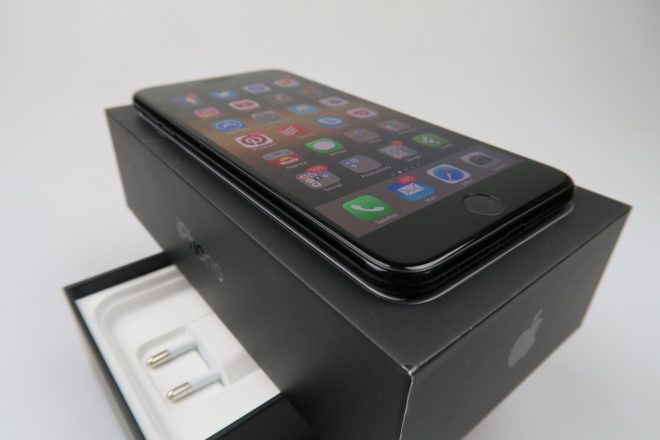 Unveiled earlier this fall with the iPhone 7, the handset is available in regular black, silver, gold or rose gold, as well. We have a demo unit, so that’s why not all the official accessories are inside the box. We only get a Lightning cable and charger, while you will also get a metal key to open the nano SIM card slot, manuals, stickers, EarPods headphones with Lightning connector and a special adapter (Lightning to 3.5 mm), in lieu of audio jack.

The device itself is spectacular in Jet Black, with a special type of “piano gloss”, that you don’t find on many devices nowadays. We’ve also heard it’s easy to scratch or damage, so we’re using a protective case during our tests. The iPhone 7 Plus core feature is the dual 12 megapixel back camera, with Quad LED flash and 2X optical zoom. 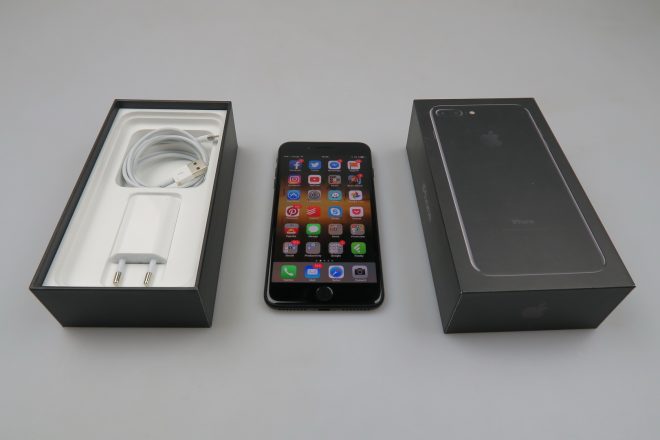 The device also does 4K video capture, has optical image stabilization and uses a wide angle lens for one of the cameras and a telephoto lens for the other one. Upfront we find the 7 MP selfie shooter and a 5.5 inch Full HD wide color display, with 3D Touch support. There’s an Apple A10 Fusion CPU inside, plus 3 GB of RAM and up to 256 GB of storage. 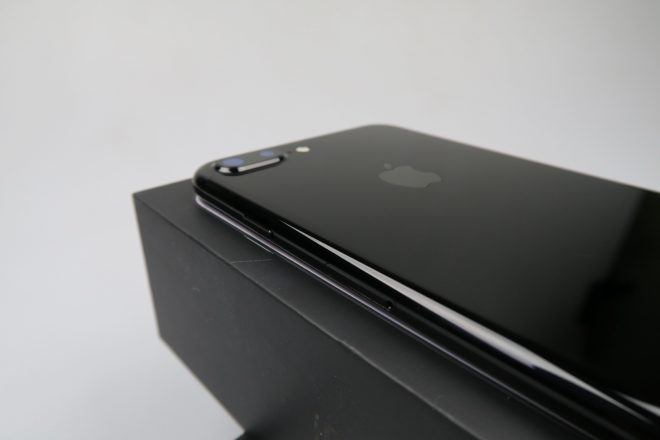 This model replaces the mechanical Home button on the predecessor, with a touch Home button with Touch ID 2.0 in the mix. A 2900 mAh battery rounds up the specs list and we also get the new moved antenna lines and no audio jack, of course. The way the Jet Black dye is applied is truly special, as the aluminum block that makes the phone is dragged through a power, than jolted with electric current so it gets porous and then the black dye is applied and covered with iron particles.

Fancy, right? We’ll be back with a full review soon and in the meantime you can get the phone from here.