This looks like a very neat Apple tablet and certainly better than the leaked pictures we’ve seen lately. Too bad that it’s only a concept, created by Gerard Prye, who also designed the iPhone concept you can see below. 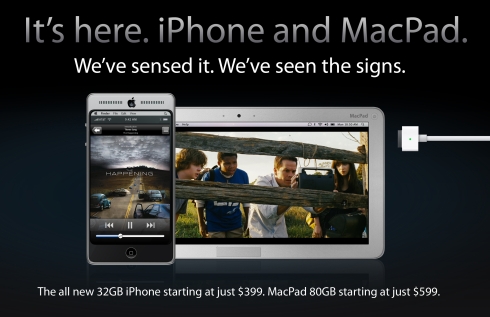 Turns out that the tablet will pack 80GB or 160GB of memory and it’ll retail for $599, while the handset will be available in 32GB or 64GB versions and cost $399. The designer of the Apple tablet mentions that you can use it as a diary and media player and that it can recognize handwriting and format it.