A recent piece of news spotted on BGR sees a tipster revealing a silver version of a future Motorola Calgary/ Droid Devour handset. Also, the same source leaked a bunch of specs confirmed what we already knew regarding the features of the device from months ago. 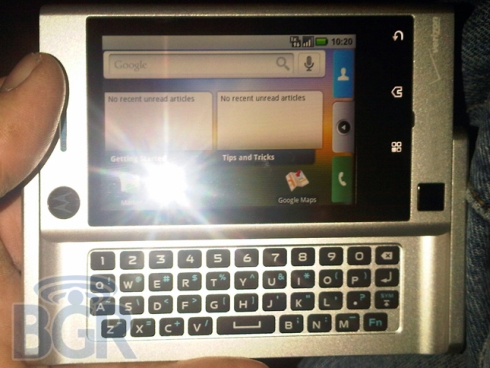 According to the folks who’ve messed with the device, its keyboard is easier to use than the one on Moto Droid, but that’s a subjective issue, as is the love for BLUR OS. Calgary comes with WiFi, GPS, a 1420 mAh battery, but it lacks a SIM card, meaning that it’s not meant to global too soon.

Expect the device to be available in more than one color, probably black and silver, for starters.