Nokia 301 is one of the new feature phones that Nokia introduced in late February at MWC 2013 and this device comes with some interesting and appealing features. The 301 is the cheapest handset with Internet and mail access that Nokia has ever made available. 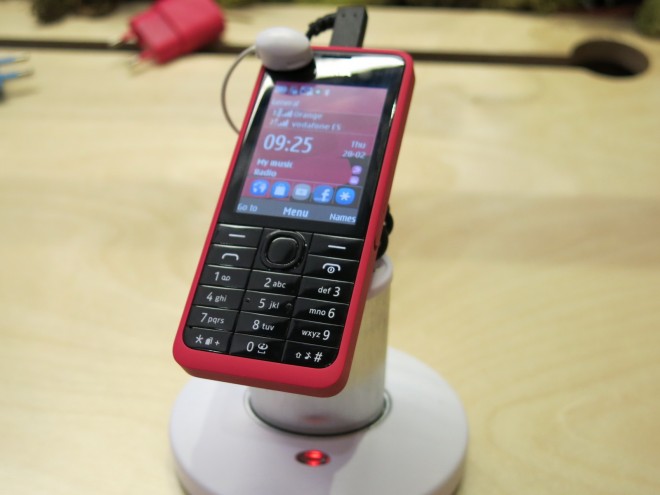 It features a “Lumia inspired camera” and it has a nice variety of colors. Nokia 301 features a colored case and 3.5G connectivity, plus it will have a dual SIM version and it will be available in yellow, cyan, white, black and magenta, being priced at 65 euros. The handset will debut in Q2 2013 in over 120 countries and it brings a 2.4 inch display, a 3.2 megapixel camera and all of that in a package that weighs 100 grams.

The thickness of the device is 12.5 mm and we also get a 320 x 240 pixel resolution and 4:3 aspect ratio, with a pixel density of 166 ppi and LCD technology. The device also sports Bluetooth 3.0, microUSB, no WiFi and no NFC though. The battery offers a capacity of 1200 mAh and it’s removable. It also provides 20 hours of 2G talk time, a microSD card slot and 64 MB of RAM.