Home Android Nexus 6 Will Get Carrier Branding, Starting With AT&T 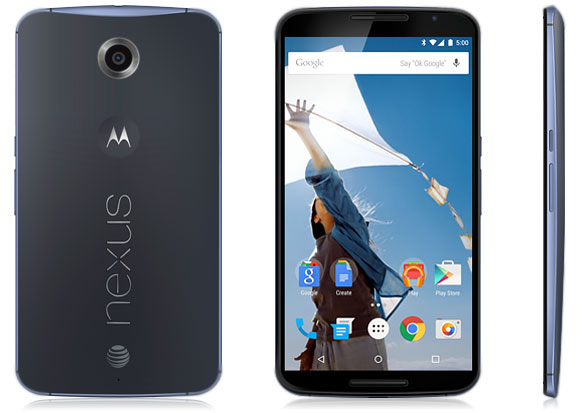 You’ve surely heard about the Nexus 6, the 6 inch phone from Motorola and Google that has a very original design and brings a new commercial approach from Google. So, after cooperating with a series of retailers of all sorts, now Google may be expanding into carrier partnership.

We’ve heard all sorts of theories about the placement of the logos at the back of Nexus 6, with a horizontal and vertical logo together not making sense for some people. Imagine an extra logo now… Well, what you see here is AT&T’s logo, because soon this carrier will brand the Nexus 6 and sell it with its contracts. The AT&T consumer page for the Nexus 6 doesn’t reveal the handset’s back side, but an entry on the carrier’s business site depicts the phone from extra angles, showing the AT&T logo.

This is not a first for the Nexus series, as Verizon and Sprint did the same with the Galaxy Nexus. However, the Nexus 5 and Nexus 4 have escaped branding and as such, there were no contract offers. The Nexus 6 branding may bring on contract offers, with lower prices and more appealing packages, getting the 6 inch phone in many people’s pockets this way.