The folks of wmpoweruser received the following picture from a tipster and make what you want of it, but I have a feeling it’s pretty real. What we have here is a supposed leak straight from a mobile operator, that will get to sell this WP7 handset with Nokia branding on. But… Nokia 703?! What about the 900 model? 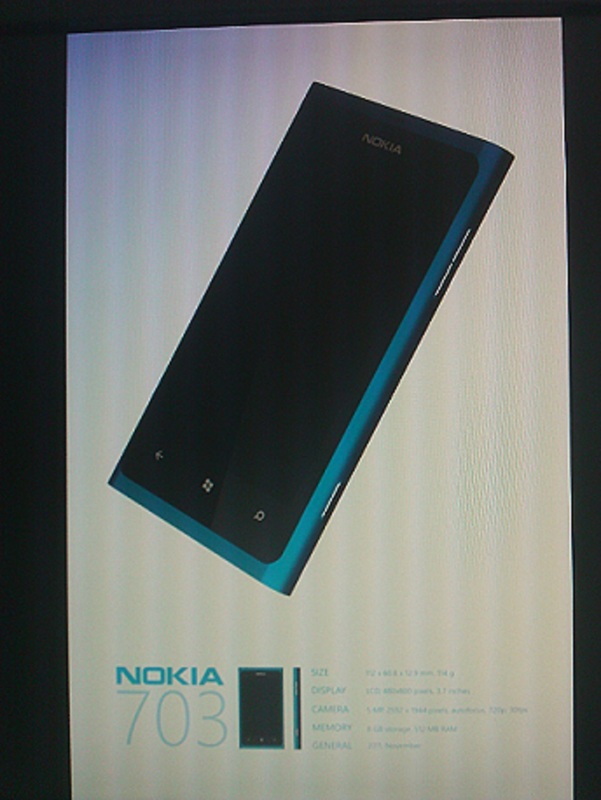 Anyhow, this Sea Ray twin also has some specs mentioned beneath and after putting on glasses and squinting my eyes, I could make out a 12.9mm thickness, maybe a 104 gram weighs and a 3.7 inch display based on AMOLED tech. The camera is a 5MP unit that does 720p at 30 fps and the specs list also includes 8GB of memory and 512MB of RAM.

Unless my eye sight is poor, I can make out a November mention at the last row of this supposed ad. I wouldn’t mind getting such a handset for Christmas, especially it if adopts the cool polycarbonate casing of the Nokia N9. But is it really cool for Nokia to sell us a rebaked N9 as a brand new WP7 unit?