Nokia Lumia 900 has been getting a lot of promotion lately, either through that $99 price tag, through concerts and lately even through $100 in free money from Nokia for the folks who had problems with this phone. Now, there’s a magenta version of the handset for AT&T. 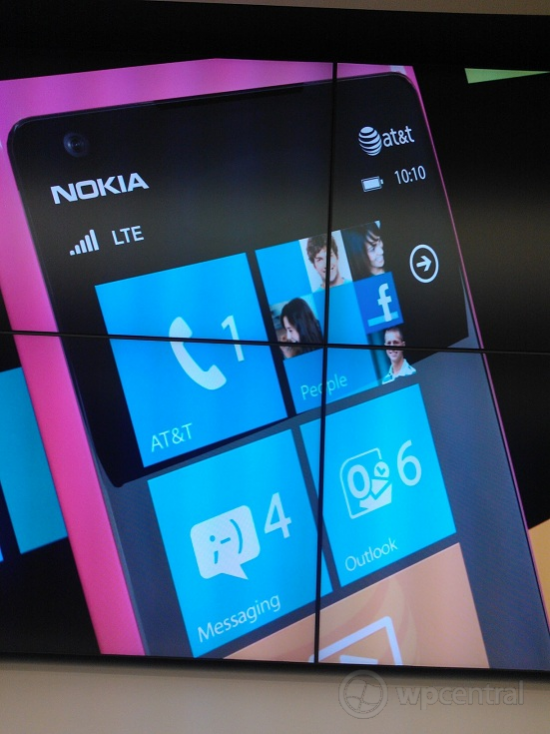 This product is supposed to arrive on time for Mother’s Day, that falls on Sunday, May 13th. Plus, AT&T usually release products on a Sunday, so this fits. The proof regarding this flavor of the Lumia 900 comes from wpcentral reader Clyde V, who noticed the phone with this pretty case and the AT&T logo on it. It was present on one of the demo screens advertising the new Nokia device. At first sight, it could be an average blue/black Lumia 900 with a tight magenta case, but if you look closer, you’ll that it’s not a case.

The Lumia 800 came in white and then it was followed by a glossy white Lumia 900 soon (that will actually launch on the 22nd this month) and now we have a magenta Lumia 800, so the follow-up of the larger mode is logical. Anyone getting the handset in magenta?