The images included in this article show an interesting reality: queues in front of AT&T stores in the day when the Nokia Lumia 920 is launched. While this may sound good for Nokia and Microsoft, it’s also bad news for them, since the initial stock of devices was quite small. 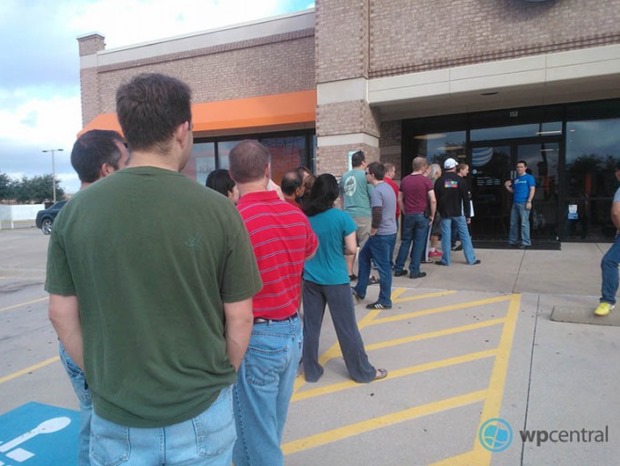 Of course this is no Apple queue, but even those have become smaller lately, or at least they were that way for the iPad Mini. When it comes to the AT&T Lumia 920, about a dozen or two of people waited outside in line to get the device. Customers have took to Twitter to report that the stock is very low, being somewhere between 5 to 20 devices per store. Also, it appears that in some areas you can’t buy the Nokia Lumia 920 off contract.

The reasons to get worked about this launch are clear: you get the latest Windows Phone OS, WP8 and an 8.7 megapixel Pureview camera, as well as a PureMotion HD+ display. There’s also 32GB of storage, 1 GB of RAM and even LTE available. Nokia Lumia 920 uses a dual core 1.5 GHz Snapdragon processor with Adreno 225 GPU. Tempted by this one? 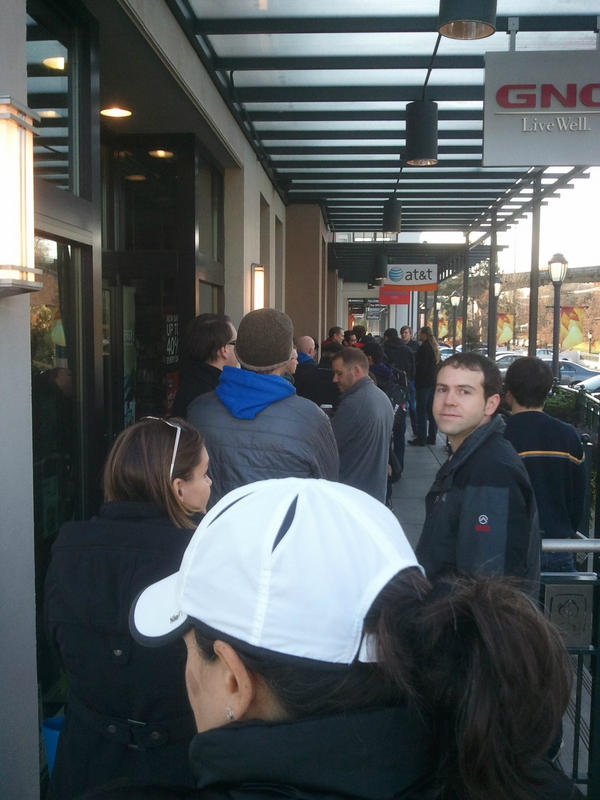