When you’ve got a processor that barely outperforms the devices before you and even struggles to surpass the PSP, could you call yourself a 2009 hot smartphone? This is the case of Nokia N97, the Finns’ first touchscreen and sliding QWERTY smartphone, that sadly uses a mere ARM 11 434 MHz processor. 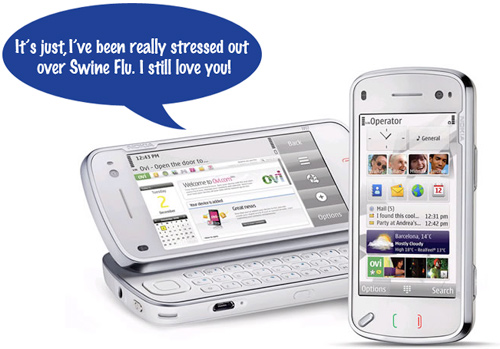 Even the PSP features a 333 MHz processor, while the N97 only surpasses 5800 XpressMusic by 65 MHz when it comes to CPU. This is a major flaw of the handset, specially since it’s going to cost around $800 and also be Nokia’s flagship phone.

Multi-tasking should be “mission impossible” on this device and we have a look at a couple of other handsets with better processors and lower prices below: