Barack Obama’s campaign reached a new level yesterday, as the candidate now has an iPhone app that recruits people for the upcoming vote. “This tool is designed to help you become more directly involved in our campaign to change the country,” says Obama on his blog. 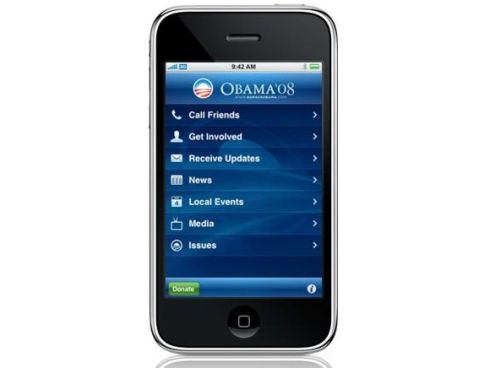 Of course, this is a free app, available on the iPhone and iPod Touch and it features a “call your friends” feature. This allows the user to organize his contacts with the aid of the election map, by political preference.

There’s also a tracker of the calls you make by using the application, but don’t worry about personal info, as it won’t be disclosed. Another interesting (if not funny) feature is the one that helps you find a nearby campaign office and get your daily shot of “Obama” by using the iPhone’s GPS to get there.

Will McCain be able to respond to this technological offensive? Perhaps using the Android or maybe… a rotary phone.