We all knew that Palm Pre Plus and Pixi Plus were coming to Europe, but now we have a clear release date for them, at least for the German market. The webOS duo will be officially introduced on April 28th, via Vodafone and O2 Germany, as confirmed by the slide below. 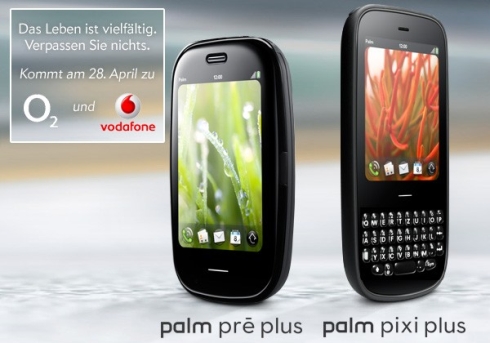 This fits in perfectly with the speculation from earlier this month and right now, we’re less interested in Pixi Plus and Pre Plus and more in who’s buying Palm. Among the great names interested in acquiring the American handset maker there’s HTC, Nokia and Lenovo, with HTC being the favorite of the bidding process.