Quake 3 has been finally ported over to the Android platform and it looks pretty good, as you can see in the video demo at the end of the article. This project bears the name of “kwaak3” and it’s based on Quake 3 ports on the Nokia N900 and the iPhone. The game is running on a Motorola Milestone unit right now. 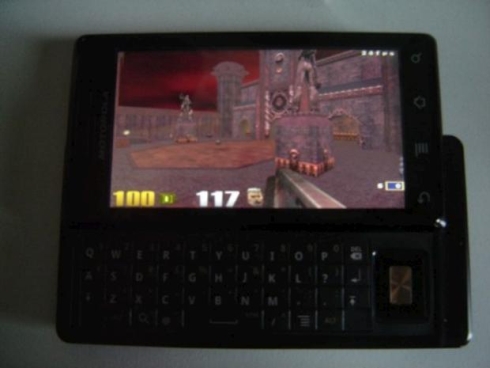 The FPS makes good use of the handset’s physical keyboard, but it won’t work on a Nexus One, for example, at least not right now. You’re required to use the Android 1.6 version (minimum) and you should know that Quake 3 for Android comes with audio support, OpenGL 3D rendering and ARM optimized libcgamearm.so / libqaarm.so / libuiarm.so.

Input is available via keyboard, trackball and touchscreen and the game even supports networking, so you’ll be able to play from your Moto Milestone against a PC user. Video demo right here: