There was a bit of confusion going on for a while, as the Samsung Ativ Odyssey was seen as the US version of the Ativ S, but it’s nothing like that. It’s actually a midrange offering, while the Ativ S that we reviewed here is a higher end unit, that goes head to head with the HTC 8X and Nokia Lumia 920. 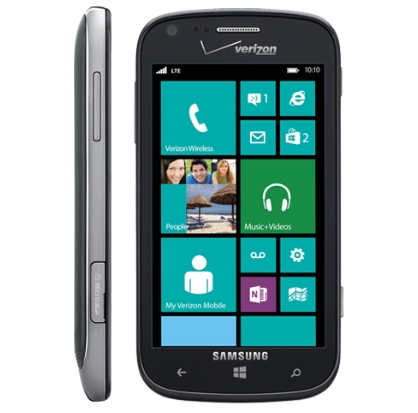 The Ativ Odyssey will be priced at $49.99 on a contract and it comes with a 4 inch 480 x 800 pixel Super AMOLED touchscreen, a 5 megapixel camera with LED flash and 1080p Full HD video recording. There’s also a 1.2 megapixel front camera and a dual core 1.5 GHz CPU inside, as well as 1 GB of RAM and 8 GB of storage, plus a microSD card slot and 2100 mAh battery.

The design is slightly bulky and uninspired, but for this price you may want to make an exception. However, at some point even the highest end Lumia was about $99 on AT&T, for example, so sometimes it’s best that you save your money for something better, especially since Nokia is supposedly preparing new Lumias for MWC 2013.