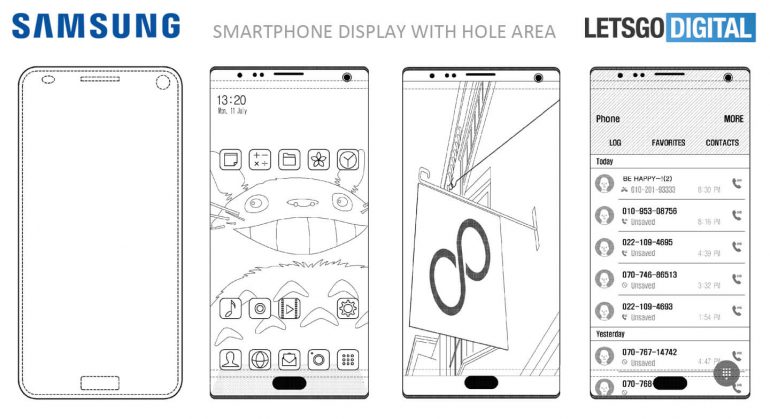 Samsung wants to create an alternative to the iPhone X so bad and its patents confirm that. We’ve got a few images from those patents below and they’re quite interesting. There are two ways to go against the notch: cut holes in the glass panel upfront and use a new type of notch.

Samsung has already patented the alternatives, including a display panel with holes for the camera and sensors. This way they can use the full panel from the facade and at the same time keep all components in place. Sammy applied for the patent on May 12th and it was published only this week by the WIPO. We see an all glass front side of the device, with mere cutouts for the earpiece and camera sensors. 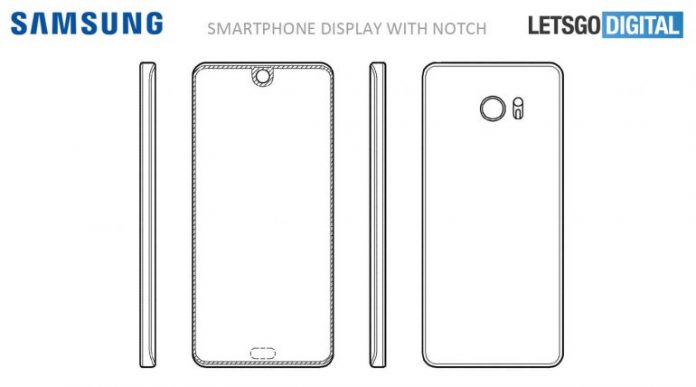 This should be pretty groundbreaking, because this means that in theory you can press all over the handset’s front side, including the camera and earpiece area. The patent also mentions that the fingerprint scanner has been moved again to the front, which makes us think it’s integrated within the display. There’s also the theory of a special hole in the screen for a sort of physical button with scanner included.

The Galaxy Note 9 may apply one of these solutions, since the Galaxy S9 is pretty much figured out. Another concept from the same patent shows a small notch at the top, which feels more like Essential Phone, less like iPhone X. I have a feeling that none of those patents will be applied in 2018. Just a gut feeling…