Well, technically anything above 4.7 inches is a tablet… and considering the 5 inch Dell Streak was marketed as a tablet, things are clear. Or are they? Samsung blurs the line between smartphone and slate with its new Galaxy Note that our sister site Tablet-News.com is reviewing for us too. Here’s the unboxing experience. 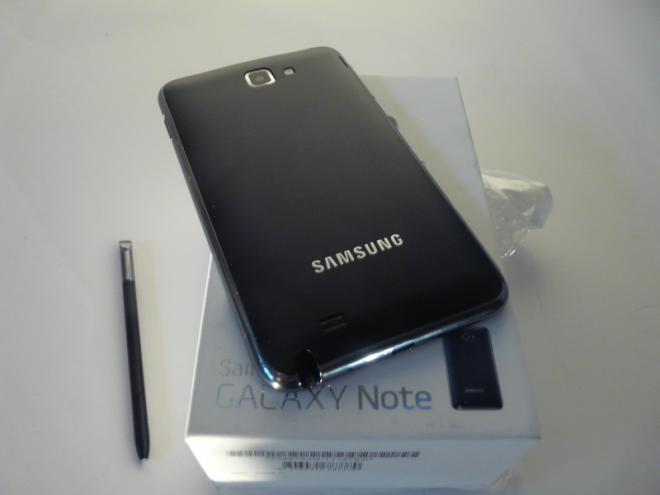 We’re dealing with a 5.3 inch smartphone here, one able to make voice calls and packing a stylus at the back, for pen input sake. The Samsung Galaxy Note looks and feels like a bigger Galaxy S II and inside its box we found the battery, manuals, microUSB cable, headphones and the usual charger. The device feels huge in the palm of the user and it will take a while to get used to holding it next to the ear for making calls.

Also, the plastic battery cover is flimsy and looks fragile, just like on the Galaxy S II. Android 2.3 is the OS of choice on this model, covered with the TouchWiz software layer and bringing some pen-oriented apps to the user that actually wants to put the stylus to the test. And here’s the video unboxing, folks: