Before the Samsung Galaxy S III was launched, we saw a bunch of very appealing concepts, showcasing some futuristic designs that in the end never made the cut. Now that the Samsung Galaxy S IV is only a few months away, the usual renders and concepts appear, with a superb one being shown below. 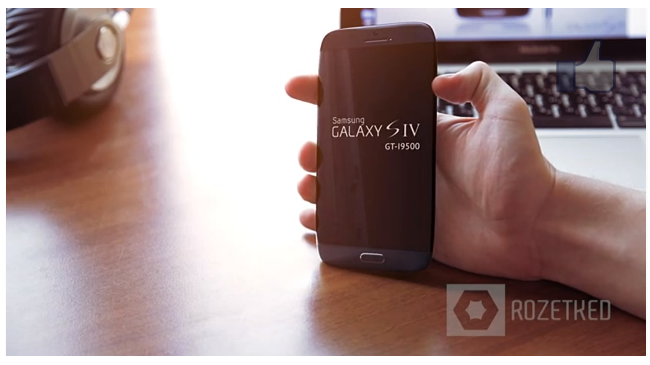 This excellent concept shows us an edge to edge display on the new Galaxy S, a 5 inch screen and Android 5.0 Key Lime Pie. I like the subtle curves of the handset and I also like how thin it is and that discrete Home button. This is everything that the Galaxy S III should have been, if you ask me. There’s also a dock with a projector embedded, as shown in the video below and such projectors seem like an obsession lately, since the latest iPhone concepts also include them.

Anyway, this beautiful device features a 2 GHz quad core processor, a 1080p AMOLED display, a 13 megapixel camera and 2 GB of RAM. The video below is well done and I sure hope that Samsung sees this and takes a cue from indie designers out there. What would you change about this device?