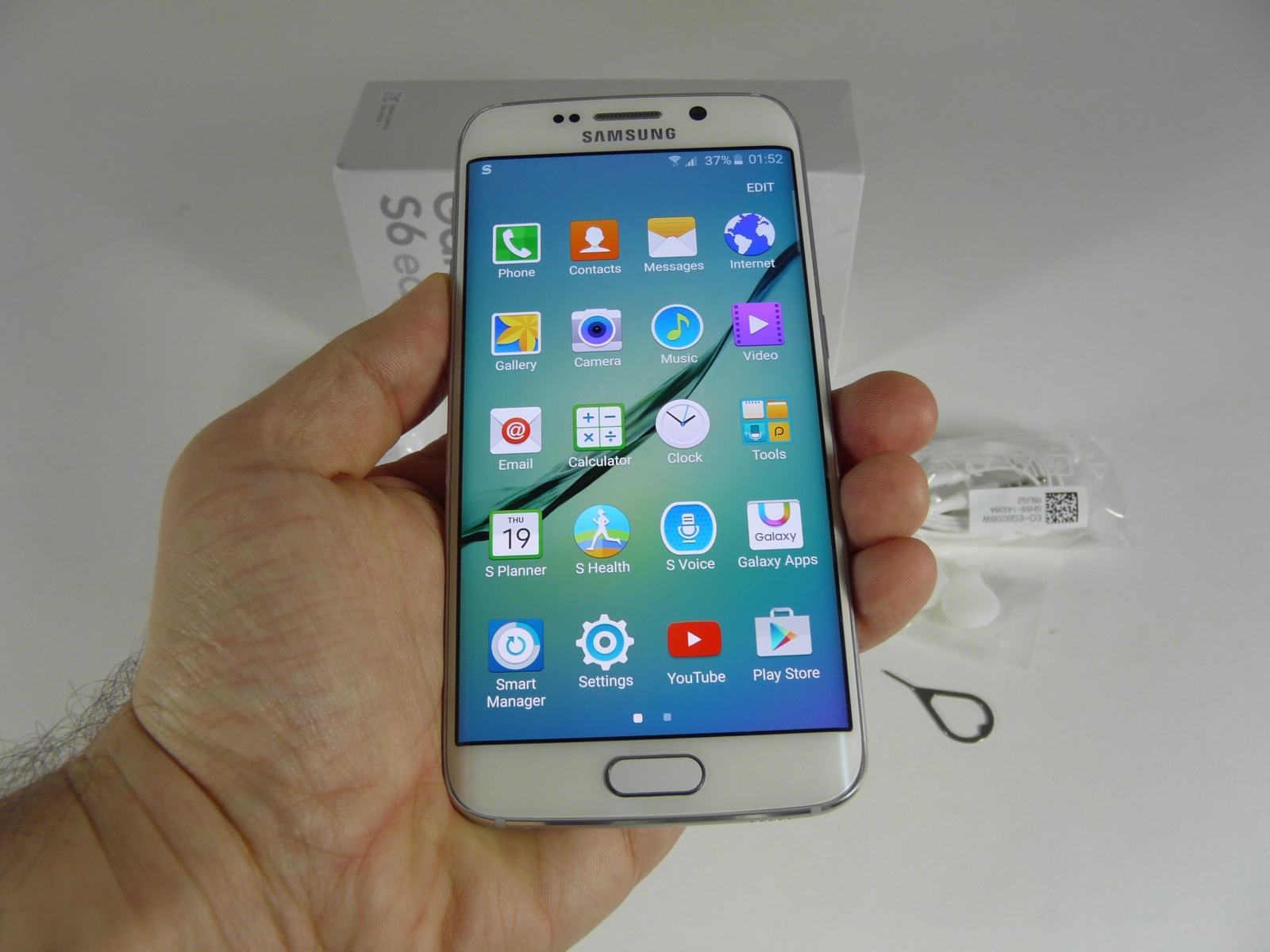 As you know, close to the end of last week, we got to play around with the Samsung Galaxy S6 Edge for a bit, pulling off an unboxing and a quite detailed pre-review. Now it’s time to draw some conclusions after spending two days with the only dual curved screen phone on the market. 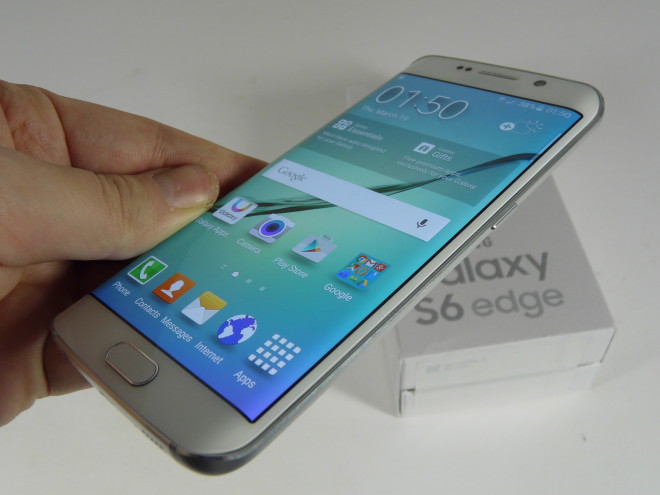 This model is more than just a sidekick or alternative to the Galaxy S6. Many people, myself included favor it over the Galaxy S6, because it’s simply something else. It’s the pleasant Jekyll, to everything that’s Hyde about the Galaxy S6. It’s the Venus to the Mars of the S6. It’s all sexiness and there’s nothing wrong with those curves on the sides.

There are also two crucial aspects to mention here: one, curves are more discrete than one expects from the renders and pictures and two, their software utility is much less important than the aesthetic one. So, let’s get started! In spite of using so much glass, this is not a slippery phone and it’s wider back side (compared to the front) makes the phone fit between your fingers and increases grip. 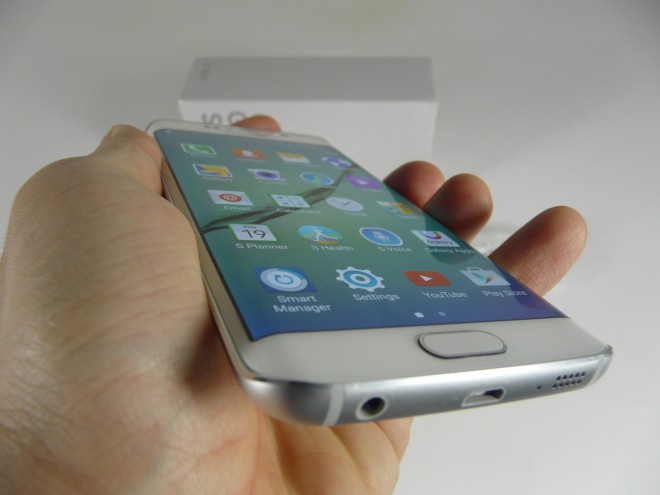 Once again, looking at the device from the sides, front and top makes you feel you really hold something special here, a piece of work, that’s well constructed. The device is pretty solid and the curved glass has no negative effect on usability. It does tend to get a bit blue-ish in the curved parts when you’re using a white background and changing view angles.

The screen is very crisp and bright, with accurate colors and if not there are always the options the settings area. Contrast is perfect and thanks to the theoretical lack of bezels, videos look great here. On the acoustics side, we get a high volume, excellent bass, great high notes and a new UI for the music player, that doesn’t fragment options as much as before. 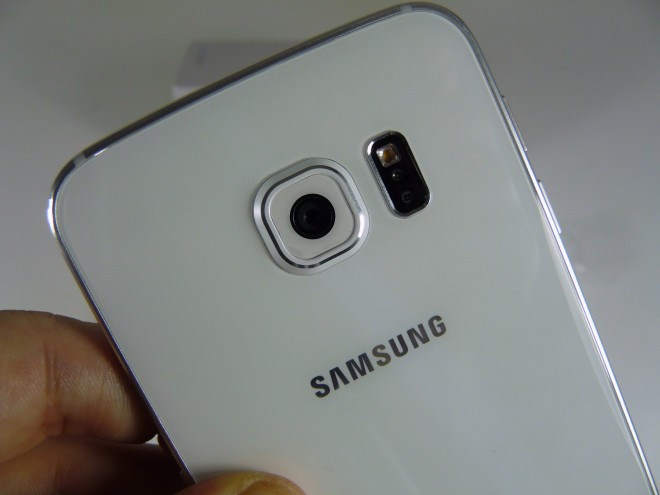 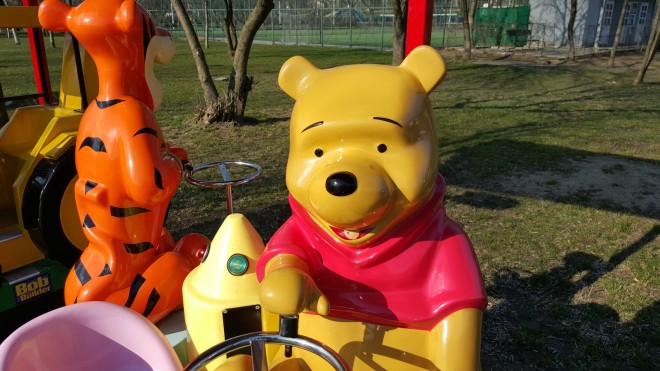 The headphones are also very good and they don’t resemble the Earpods as much as some people would think. However, they do tend to stick deeper in the ear than you’d like. As far as the camera goes, the front one creates amazing selfies, with great colors and even the background around you looks nice. Its filming abilities are crazy good for a front cam and it can even do Quad HD video capture. 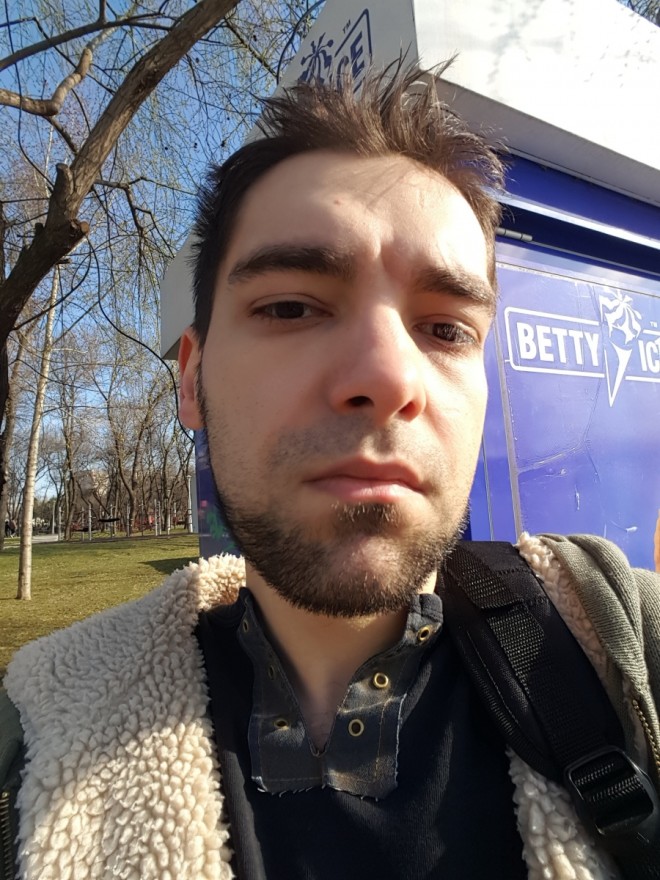 The lighting is also excellent, in all conditions. The main camera was exceptionally good, in fact I felt that sometimes our pre release version totally outclassed the Galaxy S6 camera, although these phones share 100% of the same specs… Video capture is crisp, I’ve triggered the best macros of my life (the metal faucet), colors are realistic, shadows are realistically shown, the 3D surround picture is nice and all videos look great.

There’s really nothing to object about here and we add here a brand new camera UI, that’s more pragmatic and focused on text, rather than useless options and transparent areas. The Pro mode allows for more customization of the experience, but not on an exaggerated Pureview level still. To top it all, the camera is also very fast to activation and takes great burst shots. When zooming in up to 8x quality loss is minimal, adding to list of pluses related to the 16 MP sensor, that on paper is the same one from the Galaxy Note 4, but with better aperture. 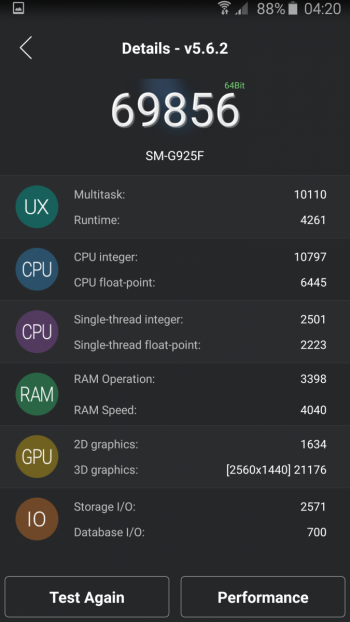 The CPU inside the Samsung Galaxy S6 Edge is the potent Exynos 7420, that in tandem with the 3 GB of RAM even manages to surpass the Galaxy S6 in some benchmarks. The Galaxy S5, Note 4 and iPhone 6 units are totally beaten in all benchmark tests, save for maybe one or two related to web browsing and WiFi speeds. The new TouchWiz is lag  free, very fluid, uses flat icons and new icons for S Health and Music player and totally gets rid of lines and grids, especially the side ones. 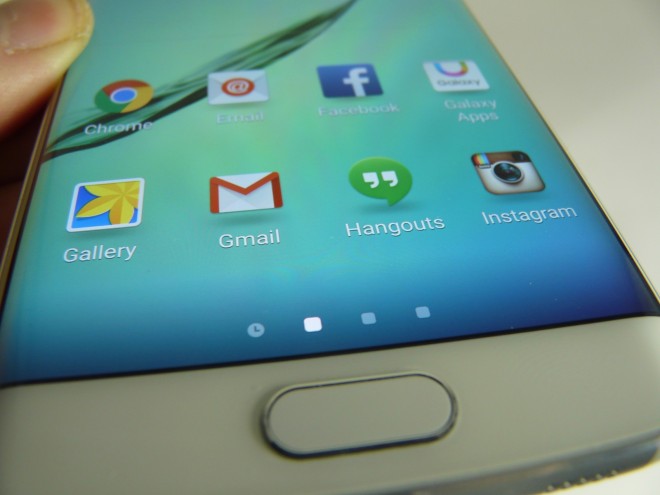 Everything features text and virtual knobs now, so the paradigm of control for this UI has changed. The new S Health is organized into sort of tiles, rather than a side table and works just fine. The fingerprint scanner is faster than the one of the Galaxy S5, but the setup is still quite long, while the pulse scanner was a bit of a letdown, especially in precision, but we blame the pre release version here. 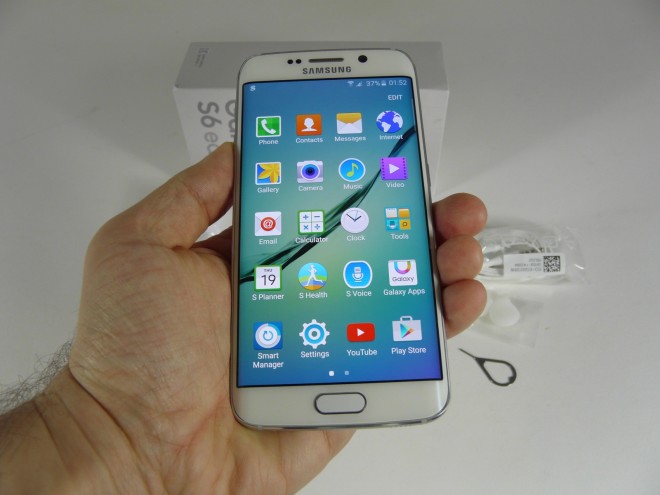 Galaxy S6 Edge has a great battery, achieving almost 11 hours of video playback time, which is close to the Galaxy S5 and not very far from the iPhone 6 either. Once again, the Galaxy S6 was beaten by more than an hour in this test. In the end if you’re looking for flaws, you’ll probably turn towards the lack of microSD card slot and the non removable battery or maybe you won’t be satisfied with the software functions of the curved edges.

Those allow you to check out the time and date with the screen off and also let you swipe them to view the news, weather and notifications, once again with the screen off. Sadly, only one edge can be used at a time. With the screen on, the edges display a vertical quick contacts list, or can be pulled from the side to display a missed call, email or text with color coding attached. 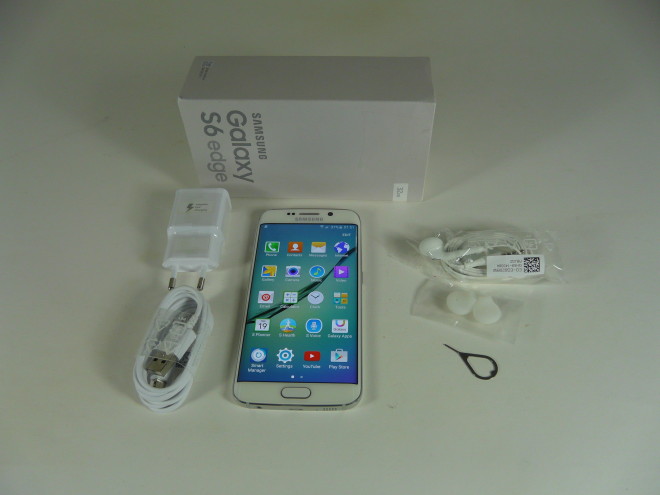 They can also light up in that color when the device is facing down. I find these features futile sadly, so the main purpose of the curved edges remains the aesthetic one… Samsung Galaxy S6 Edge is the phone to buy right now in 2015. It has zero problems with overheating and CPU, that seemed associated to Snapdragon 810 for a bit, its edges are a work of art and feel great in the hand and its camera has no rival on Android or iOS right now.

Add a perfect battery, display and acoustics and you’ve got a winner, albeit a pricey one, to be honest. We don’t give grades to pre release phones, but this one is a solid 9.4 right now and maybe more once it’s finalized.