After the unboxing of the Google Nexus S we’ve shown you, it’s time for the full review! We’ve taken the smartphone through some tests and found it surprisingly good. We had decent expectations, but they were surpassed. This is very light device, at 129 grams and it measures a mere 10.9, plus I bet you’ll love the slightly curved design. 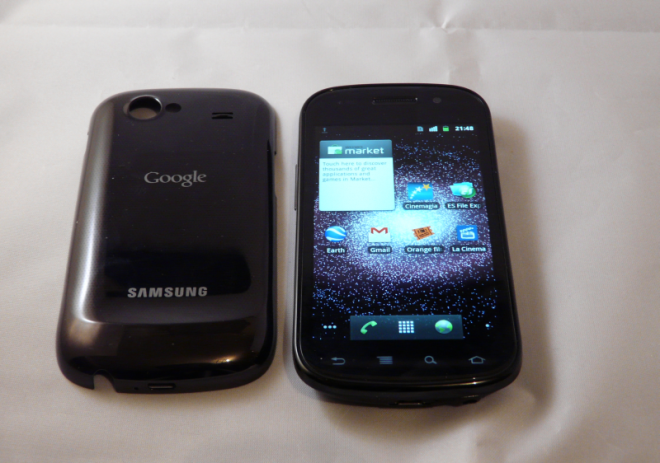 It someone told me that this is a 4 inch display handset, I wouldn’t have believed it, since the screen is so well integrated in the case that the phone doesn’t seem large at all. Too bad the back plasticky case is a pain to remove and also its quality is doubtable. On the inside of the case there’s the important NFC chip, that will come on in handy some day.

Under the case you’ll find 16GB of internal memory, 512MB RAM and 1GHz Hummingbird processor, plus a PowerVR SGX540 GPU, that will surely help with the live wallpapers in Android 2.3 Gingerbread. We remind you that Samsung Google Nexus S is the very first Android 2.3 phone. It also comes with a 5 megapixel camera with a LED flash, that takes pretty good pictures, especially outdoors.

The camera is also able to capture WVGA content @ 30 fps, but sadly it encodes them in .3GPP, which I didn’t quite like. At the front of the Nexus S you’ll find a front camera and you also have to know that the display on this smartphone is a 4 inch unit with multitouch support and an oleophobic surface.

This handset didn’t even freeze once while using it, its signal reception was brilliant and the video viewing experience was great, at least on the QQ Player Android app we used. We also tested Winamp, that does what it’s supposed to do (plays back music) and played a bit of Zuma, with brilliant colours of the handset’s screen. 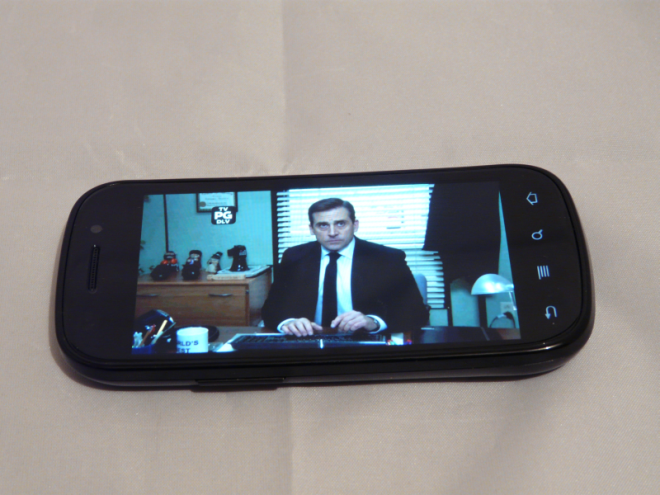 To me, the strongest point of this phone was the battery life: it functioned well over a day, with hardcore usage (WiFi, 3G on, gaming, a little bit of talking too, some YouTube and browsing). Also, Bluetooth worked fine and it was a breath of fresh air after the iPhone limitations and Windows Phone 7 non-functioning feature (at least on the LG Optimus 7).

Android 2.3 proved to be highly customizable, with its 5 Home screens, that can be filled with shortcuts and widgets. The YouTube app is close to perfection and we’re loving it more than the iOS or WP7 experience. All on all this is a good device and a great choice for someone who meets Android for the first time. Second timers will also love it!