While elegant smartphones are usually black, there are some people who prefer white smartphones due to their sense of purity and the optimism they convey. Well, those people will be happy to know that the Samsung Galaxy Nexus now has a white version with launch date and price attached and there’s even a white version of the Samsung Galaxy S II Epic 4G Touch called Frost White apparently.

The Epic 4G Touch in white will hit Sprint on January 8th with a price tag of $199.99 with the usual two year contact in lace and a $10 premium data add on charge. Amazon Wireless meanwhile offers the same handset in black for as low as $80 or even less. If you want the latest in Android technology there’s the Samsung Galaxy Nexus, available in Snow White coating. No official launch date was revealed here, but the inside sources are saying that a debut is expected on February 2nd with the price tag of 519.95 quid.

It would be nice for Samsung to offer the white version of their handsets right from the start, not forcing customers to wait an extra month or two in order to find the color version they’ve been craving for. I bet that the next piece of news you’ll hear about the Galaxy Nexus color is that the device will be made available in pink… soon. 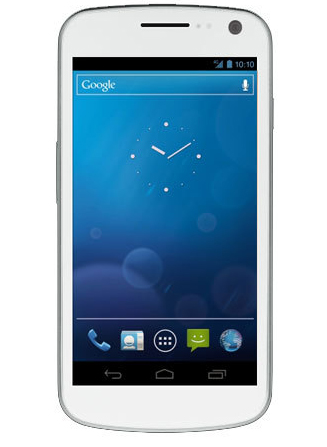