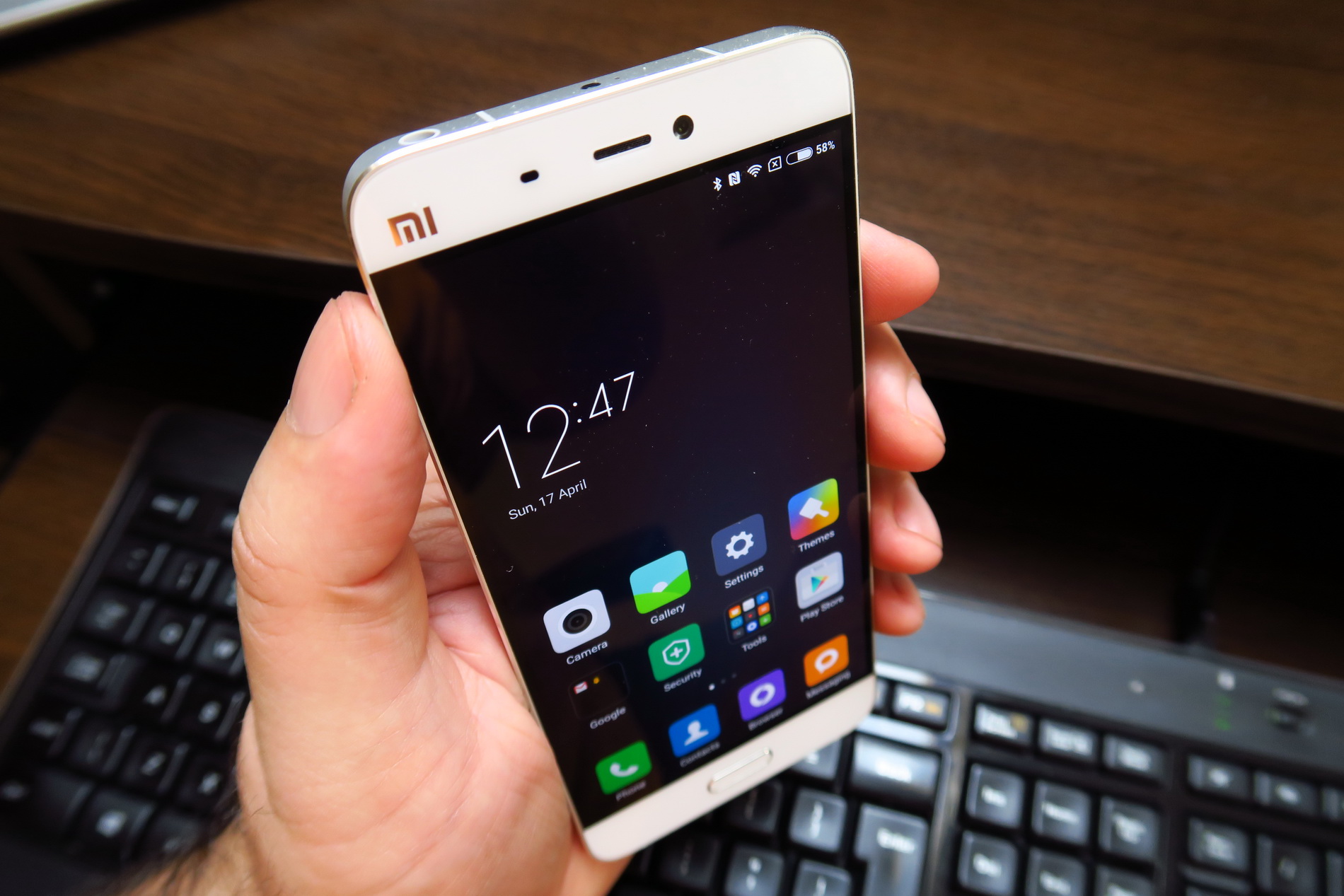 Xiaomi has taken the smartphone world by storm and they’d still be on the podium of handset makers, if it weren’t for Lenovo and Huawei. Still, they have an excellent flagship this year, the Xiaomi Mi 5, that was unveiled at MWC 2016 and gets reviewed in the following lines. It was 18 months in development and it’s priced at $381 on Gearbest, in the 3 GB RAM, 32 GB storage version. 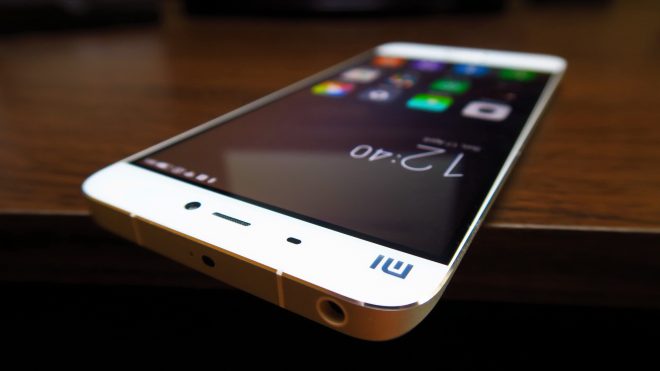 This is our first Snapdragon 820 device tested and you should know there’s also a 4 GB RAM version out there. Available in black, white, gold and ceramic, the device measures 7.3 mm in thickness and weighs 129 grams. It’s slimmer than the S7’s 7.9 mm, but also much lighter compared to the S7’s 152 grams. It’s also a big evolution from the Mi4’s 8.9 mm and 149 grams.

Still, it’s a slippery smartphone, with curved back edges, that actually the Mi Note had before the Note 5 and S7 were a thing. We get a glass back and front and there’s a slight angularity here in the aluminum frame area, that makes the device comfier to hold. This is a dual glass design, with Gorilla Glass 4 panel at the back (3D glass) and a flat panel at the front. 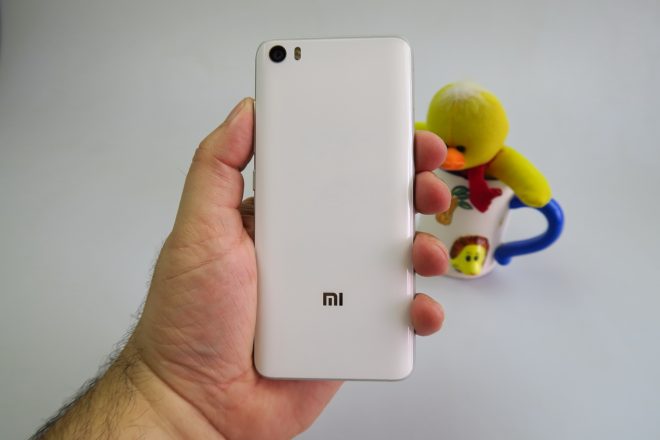 The Xiaomi Mi 5 has one of the narrowest bezels I’ve ever seen and also a set of very comfy buttons. It’s beautiful, made of premium materials and a solid rival for the S7, design-wise. On the hardware side, we find a 5.15 inch screen, with an IPS LCD panel, Full HD resolution and 16 LED lighting for improved brightness. Other phones have 12 or even less LEDs.

There’s also a 95% NTSC color saturation and 1500:1 contrast ratio. We don’t have a video player here, so we used the Gallery for that purpose. What we found was that the screen is bright, crisp, but those black borders around the image aren’t very eye pleasing. The black is pretty deep and we get vivid, but still realistic colors. Contrast is also good, so there’s no problem in the sunlight. 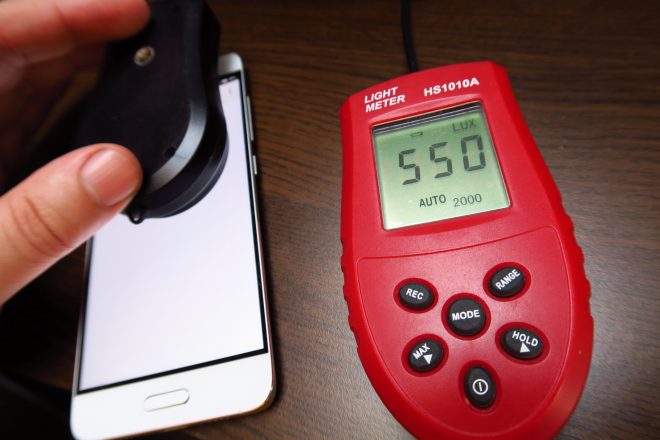 View angles are quite wide and the brightness achieved was 550 LUX, which is great. The Galaxy S7 achieves 716 LUX in the sun, so there’s the difference, but at least we beat the Sony Xperia Z5 and HTC One A9, plus Nexus 6P. Screen settings include a Reading Mode with a special slider and options to reduce glare. You can also select the apps that have access to this feature.

One can also tweak the colors and contrast (Warm, standard or cool). Overall, this is one great screen, so not much to complain about there. On the hardware front again, there’s a quad core Qualcomm Snapdragon 820 CPU in the mix, the Adreno 530 GPU, 3 or 4 GB of LPDDR4 RAM and 32, 64 or 128 GB of storage. Obviously, this flagship has no lag and it comes with great performance. 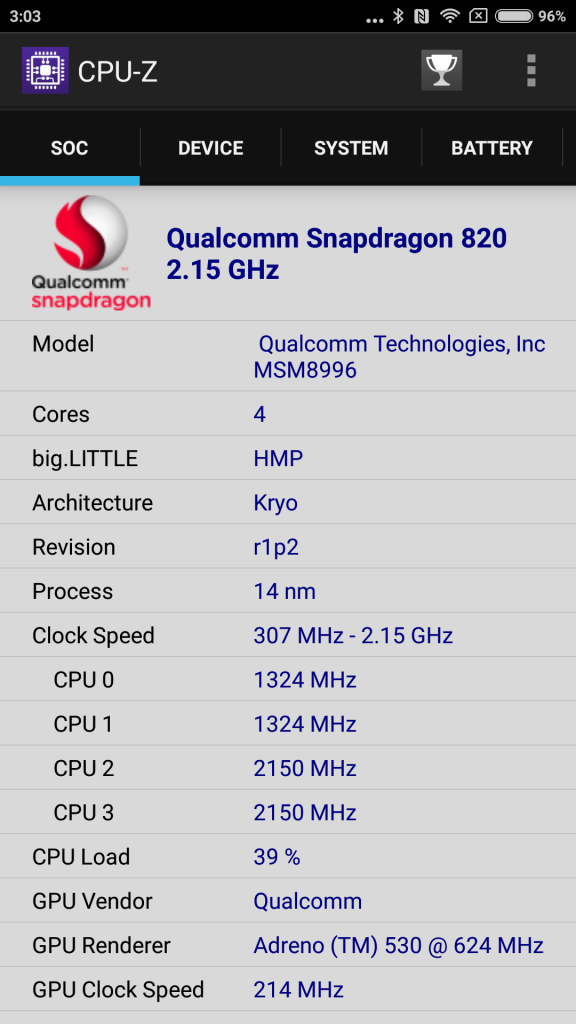 The UI is fluid and the smartphone can run any game, from Riptide GP2 to Mortal Kombat X and the likes. In benchmarks we placed first in a lot of the tests, including AnTuTu 6, with 135k points, plus 3DMark UL with 29.936 points, but we were also below the Galaxy S7 in some tests, like GeekBench 3, AnTuTu 5.x and BaseMark X, as well as Quadrant.

The temperature achieved after playing 15 minutes of the game Riptide GP2 was 35.9 degrees Celsius and after the GFXBench test we got to 38.5 degrees Celsius. On the acoustics side, we got no headphones and there are two grilles at the bottom, but only the right one is the speaker. The music player supports AAC, MP3, PCM, AMR and FLAC files, as well as WAV. 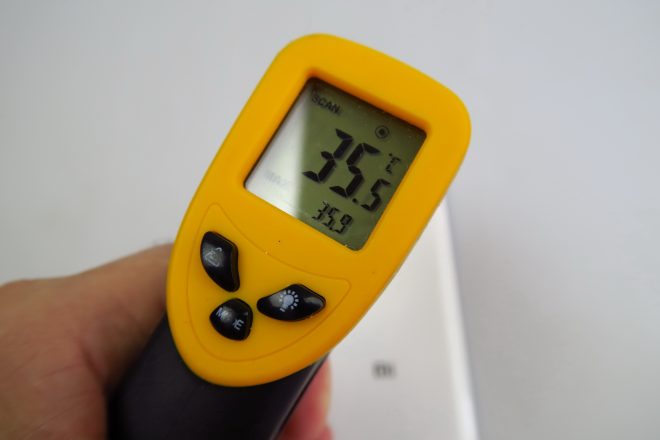 This is a minimalistic player and the equalizer only works with headphones, coming with a variety of earphone settings. 7 channel sliders are included here, as well as genre options. The actual sound experience is crisp, offers OK volume, good bass and a clear sound, plus good high notes. We used the decibelmeter to measure the speaker performance and got to 80.7 dBA, which is modest, but also below the S7’s 84 dBA. 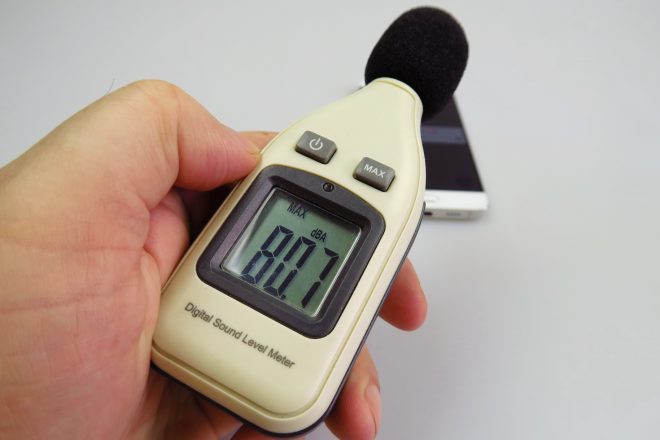 We also scored below the Huawei P8, but above the Xperia Z5 Premium. There’s no FM radio, so the acoustics are just OK. And now let’s talk about the camera a bit. At the back there’s a 16 megapixel shooter, with 4 axis OIS, a 6 piece lens, F/2.0 aperture and sapphire glass lens. A two tone flash also made the cut, as well as Phase Detection Autofocus and a Sony IMX 298 sensor, which is the same as the one from Huawei Mate 8.

Upfront selfies are being taken using a 4 Ultrapixel shooter, with 2 micron pixels and F/2.0 aperture. An 80 degree wide angles lens was included. The camera app starts up fast, we get fast focus, fluid zoom and fast picture taking. The camera UI is very simply and with a swipe down you can access the filters, while a swipe up brings forth the modes (Audio, Beautify, Fish Eye, Timer, Straighten, Tilt Shift, Panorama, Manual and HHT). 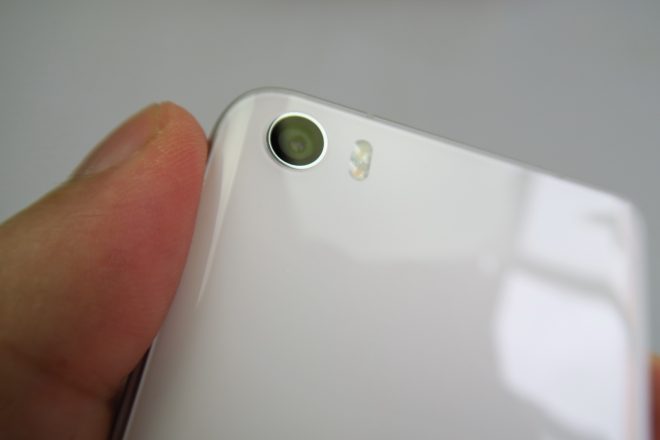 Manual has a few sub options, like ISO, exposure, focus and white balance. I found it very strange that there are no resolution settings here, but we do have a special way of detecting the age and gender of the subject. Contrast, saturation, sharpness and auto exposure are also available. Video can be caught with options like audio focus, slow motion, time lapse, 4K and continuous autofocus on tap.

And then we get to the Gallery, one taken on a cloudy day in one town and a brighter one in another area. The HDR is good and it really highlights that church. Maximum zoom makes the details fade out a bit, while colors are realistic, at least till they are compared to the S7’s or Huawei P9’s, which make these artificial-looking, so not very impressive. 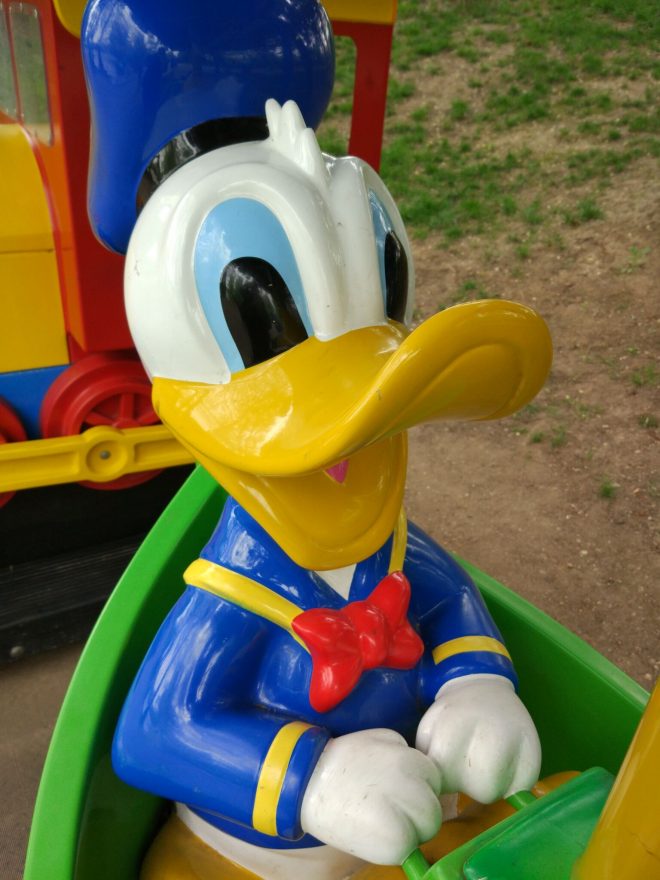 There’s a nice texture of those duck-shaped boats and no matter the situation, blurry shots didn’t ensue. Exposure, white balance and focus were spot on as well. It took a bit too much to focus properly on a closeup, but I’ll let that slide, on account of the good quality of the shot. Landscapes are also well shot, with enough details to please us.

We played with the Fisheye effect and while it was fun, it still felt like a bit of a gimmick. Tilt shift creates a partial blur and looks pretty nice, highlighting the non blurry area. Selfies were great, totally surpassing the quality of the Huawei P9 and Galaxy S7 for example. We also have a very nice closeup of a toy dog and we zoomed onto a peacock, without losing too many details. 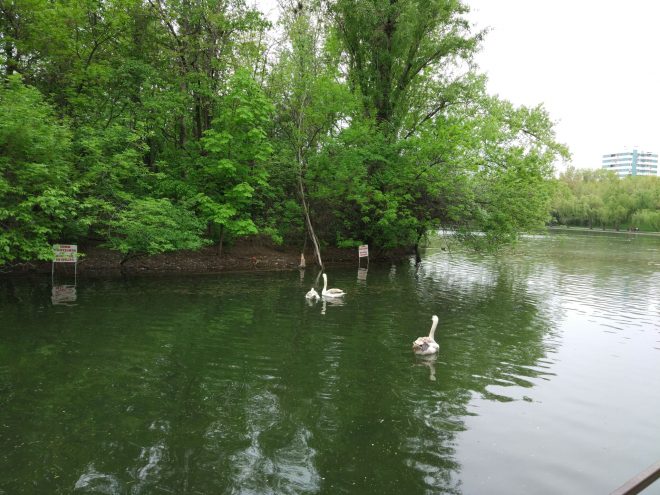 In the other section of the gallery, we caught a sunnier day and zoomed into a building all we wanted and still lost no details. Closeups of flowers were detailed and crisp and when we tried out the zoom onto those pigeons we kind of lost the plot… and details. Low light captures have an OK clarity, good colors, but there are some yellow-ish areas.

Buildings have a good texture and there’s a very nice gloss of the cars caught on camera. The flash is very good, but sometimes feels a bit too powerful. We’ve got big street light halos and every once in a while the flash shots get some purple spots. I feel that the capture is close to the Nexus 6P, but not as good during the night time. Panorama was very modest, in case you’re wondering. 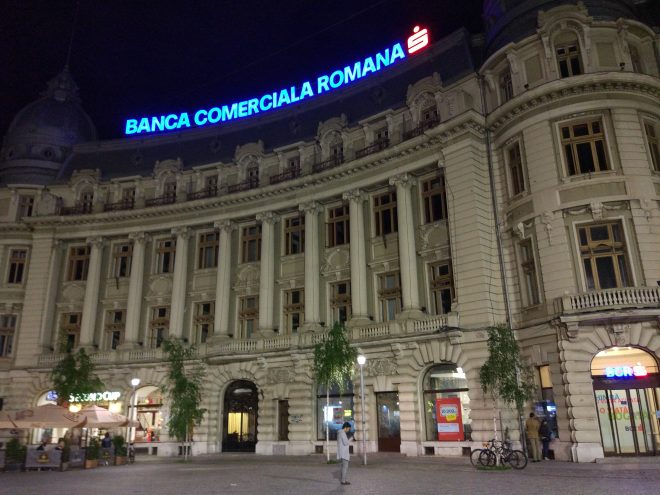 We also feel that the general quality was 10% below the Galaxy S7, that’s the general vibe. Video capture was done in MP4 format, in Full HD or 4K, at 30 FPS and with a bitrate of 15 Mbps in the first case and 42 Mbps in the second. There’s lots of refocusing happening here, but the microphone was great and we registered OK colors and good clarity.

The 4K video was crisp and there wasn’t any big detail loss when zooming in. The stabilization was also good, including in the dedicated test, but I’ve seen better on other devices. At least there was no focus loss when descending those steps. The colors looked good, the image was clear and we didn’t lose much quality when zooming onto that peacock.

The slow mo clip looks OK and the low light video capture brought a pretty low brightness, especially when compared to the Galaxy S7 and this felt like weak filming during the night. Still, the overall feel was that the Xiaomi Mi 5 films better than the Lenovo Vibe X3 and Huawei Honor 7, but it’s certainly not on par with the Galaxy S7.

Still, it has some pretty fast autofocus involved… The web browser on board is fast, minimalistic and gets good scores in benchmarks. The virtual keyboard is stock and well spaced and on the connectivity front, there’s a dual SIM setup, with 4G LTE connectivity, VoLTE and nano SIM card slots. We’ve got WiFi 802.11 a/b/g/n/ac dual band here, MIMO, NFC, Bluetooth 4.2, infrared, GPS and Glonass. 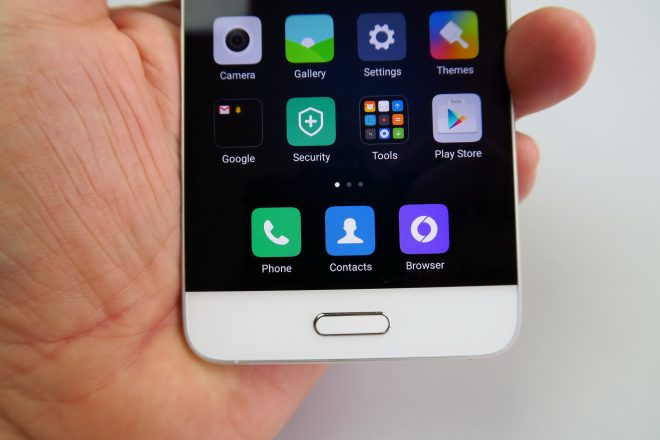 The calls are loud and clear and we’ve got good signal here. The speedtest WiFi test showed us 21 Mbps in download and 24 Mbps in upload, which is just OK. The battery on this handset is a 3000 mAh Li-Po unit, with Quick Charge 3.0 support and we achieved 12 hours and 5 minutes of video playback here, which is great. We surpassed the Galaxy Note 5, Galaxy S6 Edge+, but scored below the Galaxy S7 (13 hours and 41 minutes).

In PCMark we scored 7 hours and 42 minutes, which is good and it’s also 20 minutes below the Galaxy S7. The achievement is that it scores above the S6 and S6 Edge, plus the Nexus 6P. Charging takes 1 hour and 22 minutes, which is the best performance for the USB Type C devices we’ve tested so far. 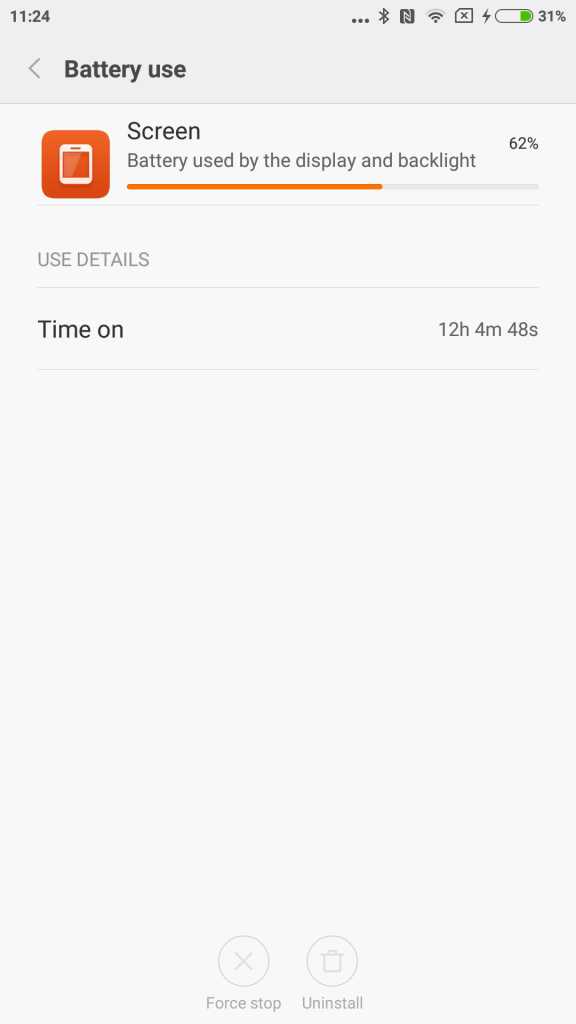 It scores above the Galaxy Note 5 and Galaxy S7 Edge in this area. Settings include a seriess of Profiles for battery, like Default, Marathon or Sleep. You can also add a custom profile and tweak it, with options for GPS sync, WiFi and Bluetooth for example. You can also set the start and end period of the power saving features.

Now let’s talk about the OS, UI, and apps, since there’s interesting stuff here. Xiaomi Mi 5 runs MIUI 7.2, based on Android 6.0 Marshmallow and it’s a very simple custom ROM, with no app drawer. Multitasking is offered as a small list of apps and if you pinch the screen, you get minimal widgets and an iOS-style vibe. 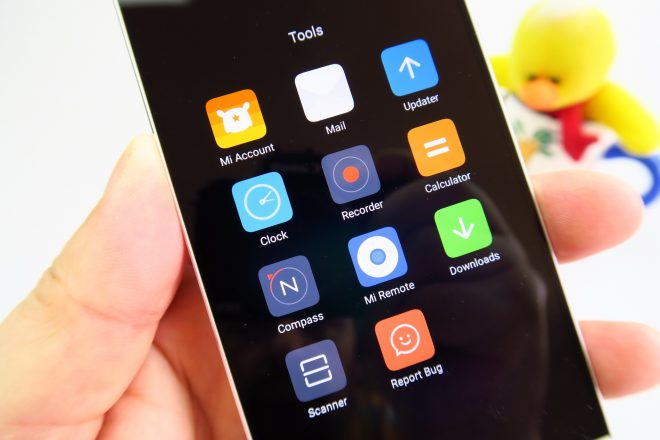 Transitions can also be chosen and the dropdown bit includes the notifications and music player, plus Quick Settings and a brightness slider. The lockscreen shows a camera shortcut and daily lockscreens, that look very artistic. The dock area holds up to 5 icons and if one wants to uninstall an app, he has to drag it to the top.

Settings here offer options for Themes, text size, Do Not Disturb, Child Mode, One Hand Mode and Buttons. The fingerprint scanner on board of the Mi 5 is ultra fast, but it has a 12 step setup, that feels a bit long. As usual, we counted the preinstalled apps and got up to 30, so there’s no big bloatware here. The only ones worth mentioning are Security, with a cleaner and block list, Mi Remote for infrared control, Compass, Notes, Weather and CM Security. The UI may feel too simple for most users. 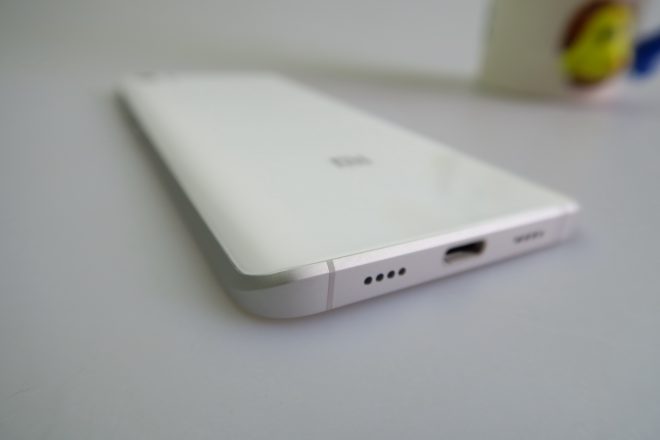 And now let’s discuss the verdict!

In the end, we can easily call this a “next level phone”, thanks to the Snapdragon 820 processor, fast USB Type C charging, 16 LEDS of brightness and design on par with the S7. It’s not every day you come across such a phone and it’s an achievement among ALL Chinese smartphones. It’s a solid buy for any user who doesn’t care about pedigree and just wants quality. Its price is here.