Admob’s monthly report is something we love, because it shows the evolution of mobile operating systems and platforms, as seen through the eyes of a company serving numerous mobile ads. This time, they published the figures for the last two years, revealing clearly that the iPhone and Android are ruling the market. 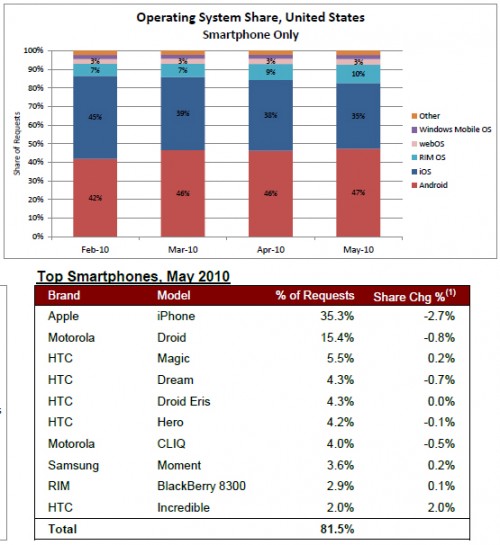 America seems to love Android, as proved by the fact that 8 out of the top 10 handsets in Admob’s ad request metric rely on this OS. The iPhone is still number one, but if you add up all of the Android phones, you get 43.3%, surpassing the Apple handset, as far as OS market share is concerned. Thus, Android surpasses iPhone in the US with 47% to 35%.

Motorola has lost a bit of its edge, as back in May 2008 it had three top devices in AdMob’s network, while in May 2010 they only have Droid in the top ten. Also, back in 2009, HTC Dream G1 was the single Android device widely available. As far as Moto Droid is concerned, this handset got 21% of the Android users in the AdMob network on its own, showing the power and fame of the smartphone. 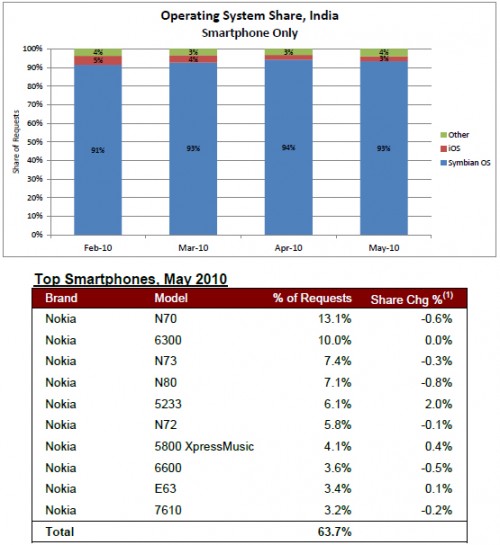 Surprisingly enough, there’s also a Nokia entry in this top, as Nokia N70 was the number one smartphone in AdMob’s network in May 2008. It went down to number two in May 2009 and number four in May 2010, but it still remains among the top 10 units. If you’re surprised by Nokia’s presence in the statistics, prepare for more surprises: Nokia OWNS all of the top 10 spots in India’s similar AdMob table.

The fact that the iPhone and Android dominate America is only a sign of things to come, as they’ll take over the international market as well. It’s all a matter of having the Android Market rolled out in all countries and seeing more and more Android handsets launched. And with the new iPhone selling well, one can only imagine how AdMob’s statistics will look like next year. 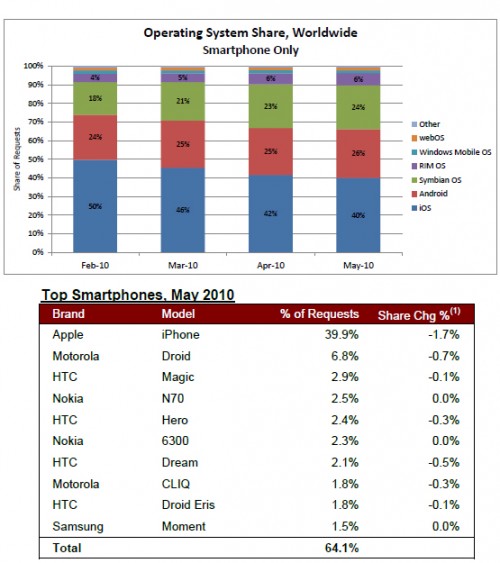