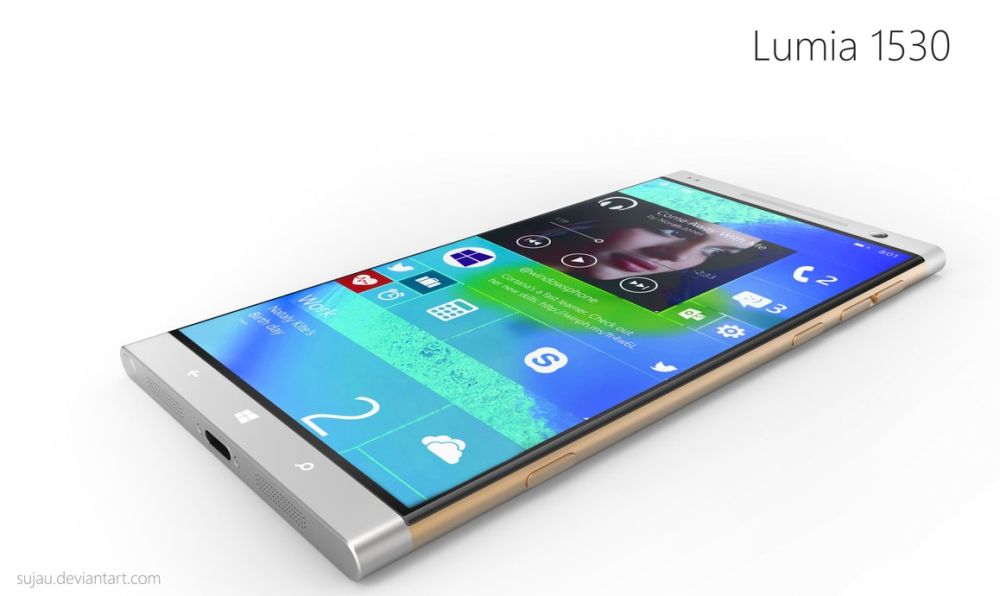 The Nokia Lumia 1530 may have been cancelled and then leaked as a canned prototype, but that doesn’t stop designers from dreaming a whole new version of the phone. That version is shown below, in concept render phase, courtesy of designer Sujau. 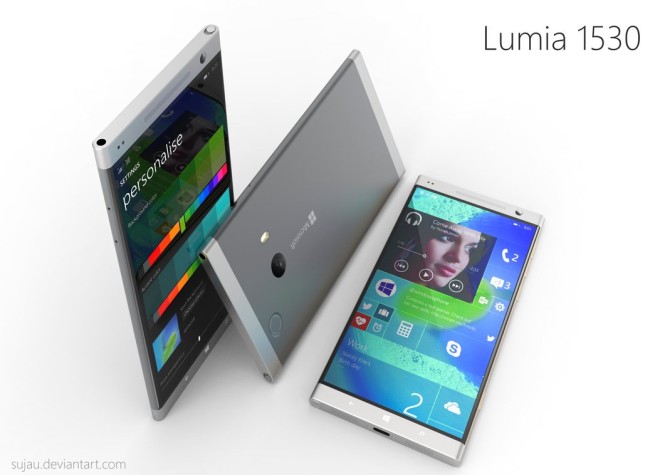 This time the phone is thinner than ever, around 7 mm or less in thickness and the edges are curved. One would even believe this unit opts for a curved edge screen, as it happens with LG and Samsung lately, but that’s not the case. The handset is pretty slim and it’s made of both metal and polycarbonate. The designer also rendered a full polycarbonate Nokia Lumia 1530 model, the colored one below.

The camera hump is gone, probably in favour of a more modest sensor, maybe something in the range of 20 megapixels or so. The volume buttons feel borrowed from the iPhone 6 and the gold color from the edges looks quite nice. This curved Nokia Lumia 1530 concept has a very crisp screen, perhaps moving on to Quad HD on a 5.2 inch or 5.3 inch diagonal.