The second Google Android handset has just hit the web and you can check out the first picture of the device below, plus a pretty impressive list of specs. The G2 is an unconfirmed device, as it the image, so you might want to consider this a big fat rumour, for now. 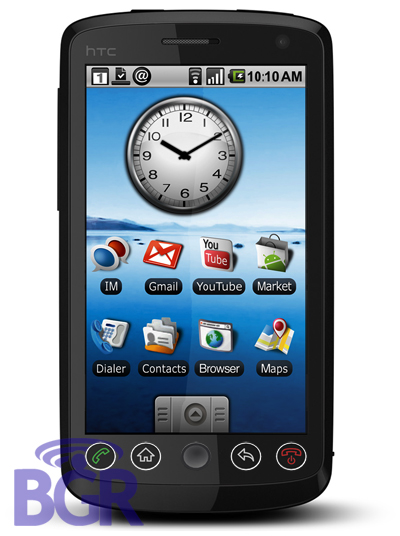 There’s even a release date that accompanies all the data invading the web: January 26, 2009, but BGR claims that it’ll be pushed to April, due to software issues. As strange as it may seem, the Android G2 phone doesn’t feature a full QWERTY keypad, but at least it has a full touchscreen. It also keeps the bottom trackball, supports 3G and WiFi and comes with a 5 megapixel camera (autofocus plus flash included).

Surreal? Rumour? Fake? What’s your take on this story?