Consider this a goldmine, for World Cup 2010 watchers: an Android phone with free analog TV reception. This is what you can see these days, during Computex 2010 and it’s the Innocomm Shark 3.5G smartphone we’re talking about, that’s pictured below. 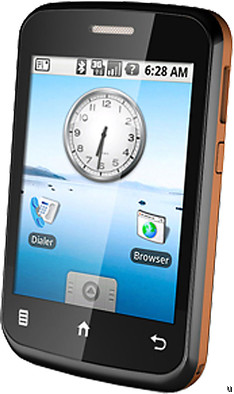 The device was developed in partnership with Telegent Systems, a provider of free analog TV services for smartphones. Shark features an 8 megapixel camera, a 3.2 inch WVGS touch display, WiFi and a live TV record function. Too bad that analog TV has been already switched off in the US and in some European countries, making this device useful in Asia mostly.

Telegent gets signals from NTSC or PAL transmissions, offering the same TV channels as the one you’d find on a regular television set. Will this Android phone turn into a hit?