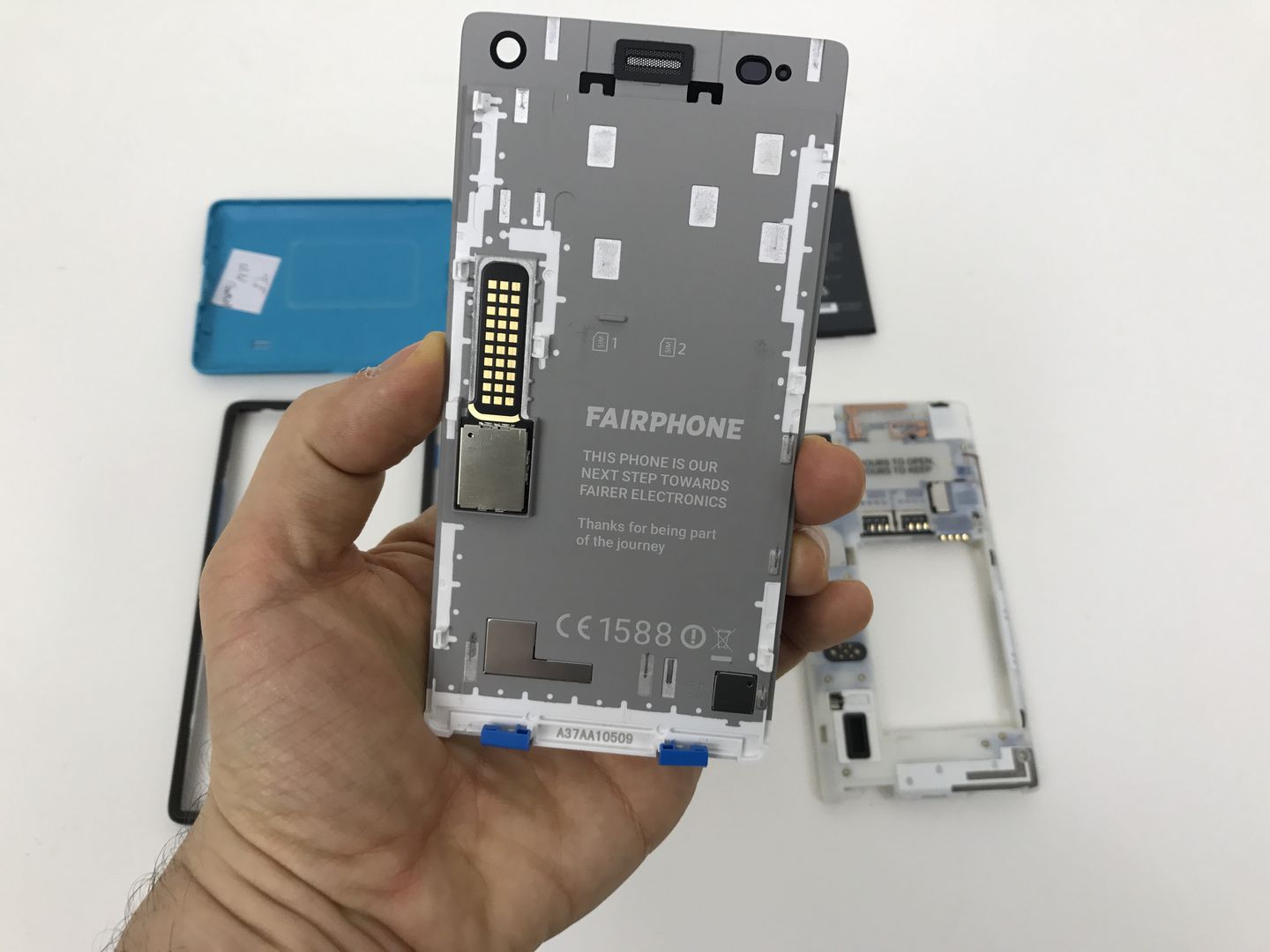 We usually test classic phones, you know the modern day flagships from the Xperia, Galaxy S, LG G ranges, but today we have something truly special. It’s called the FairPhone 2 and we took for a spin in the video review. This is no regular review, being more of a presentation of the handset. It’s a truly modular smartphone, that you can easily take apart and service for yourself. 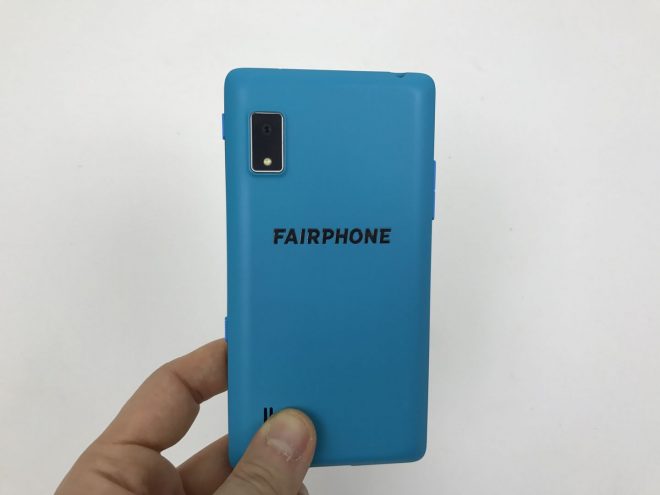 Meant for easy repair, the core concept of the machine is actually the fact that it’s made with ethically sourced minerals. We’re talking about fair trade gold and recycled materials and nobody was hurt while the materials were being harvested. Priced at around $560, this device actually debuted in December 2015 and shipped 40k units as of May 26th 2016. 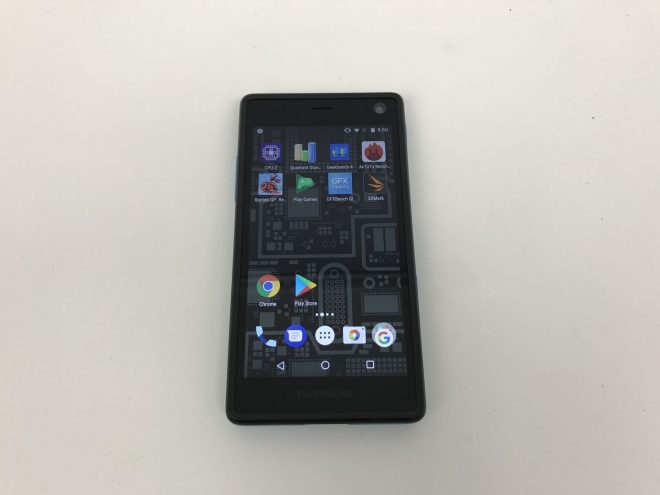 The FairPhone 1 and FairPhone 2 together have passed 120k units shipped, which is pretty impressive. FairPhone is a social enterprise company, meant to change mentalities among phone buyers. Since the user is supposed to do some part replacements, here are the parts you can toy with:

The handset has a plastic case and it’s pretty solidly built. It’s true that it’s not very pretty and it’s rather massive for a 5 incher, but it’s also sturdy. FairPhone started with crowdfunding back in 2013 and managed to get where they are today. The is taken apart easily, by first removing the plastic case, then the battery, the frame around the screen and then you have to unlock two latches at the bottom. 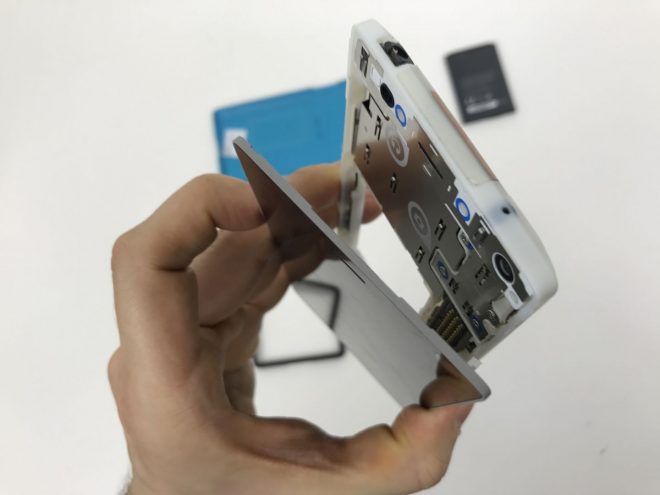 Those will let you snap off the screen module from the core one, that hosts the other ones. And then with a screwdriver you can also replace those, so no need for a service… ever. Getting into the nitty gritty, we have a 5 inch Full HD screen here, with Gorilla Glass 3 protection and an IPS LCD panel. The brightness is quite OK and view angles are pretty wide. Colors are also well calibrated, but the contrast wasn’t much.

Inside we find a Qualcomm Snapdragon 801 processor, 2 GB of RAM, 32 GB of storage, a microSD card slot, plus two SIM Slots. At the back there’s an 8 MP camera with F/2.2 aperture and upfront a 2 MP shooter. The battery is a Li-Ion 2420 mAh unit, which we didn’t test in the usual fashion, but rather a more practical one. After taking 60 pictures and a few videos, plus doing one hour of Internet browsing and 5 benchmarks, as well as a game, we lost 50% of the battery. 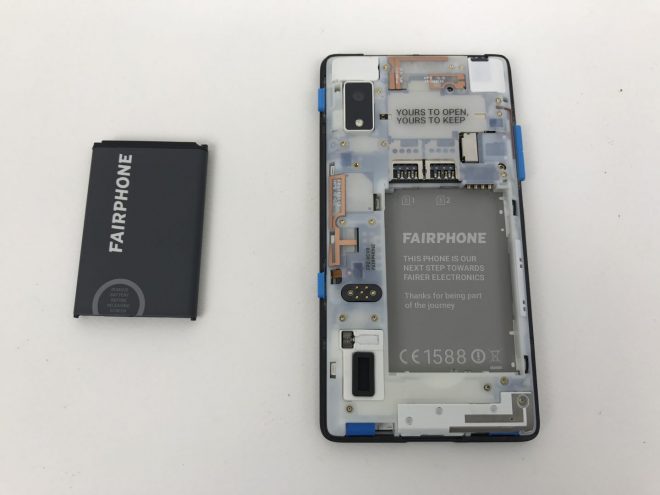 I would say not very impressive, but for a midranger it’s OK. On the connectivity front, there’s microUSB 2.0, USB OTG, WiFi a/b/g/n/ac, Bluetooth, LTE Category 4, GPS and dual SIM slots. The phone measures 11 mm in thickness and weighs 172 grams, so it’s quite massive for a 5 inch machine. Initially the phone was launched with Android 5.1, but then it got updated to Android 6.0 Marshmallow.

As far as performance goes, we didn’t find any lag and games ran pretty OK, although the back side got a bit heated during the gaming sessions. We also did some benchmarks, and in AnTuTu we went past 58k, which means the phone is superior to the Huawei Nova Plus, but scoring below the Xperia Z5. In GeekBench 4 we had 898/2434 which is superior to the BlackBerry Passport. 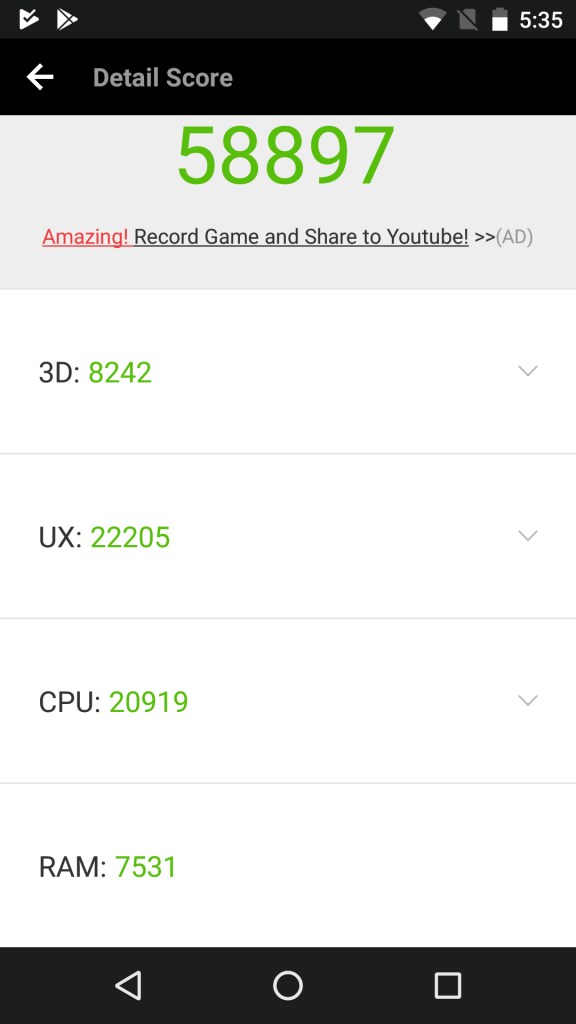 I was surprised by the 3DMark Ice Storm Unlimited result, which was 16.341, which is superior to the ASUS ZenFone 3 and Moto Z Play. Not bad performance and too bad for the heat. On the acoustics front, I enjoyed the volume, the clarity and the high notes. There was no bass here. On the camera front, we put the 8 MP shooter to work and found the shots to be oversaturated a bit, but the clarity was OK.

I would say that the selfies aren’t bad, especially for a 2 MP cam. There’s some burn and blur here and there, but the details were good in general. I also dug the closeups, which are fit for Facebook, maybe even Instagram. Overall an OK camera, that would maybe fight an iPhone 5, but not more. On the video front, we shot MP4 clips in Full HD , at 20 Mbps. 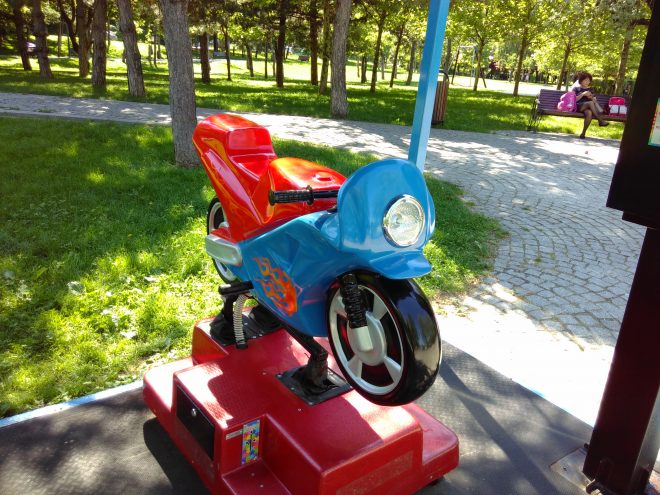 They aren’t bad, clarity-wise and color-wise, but there’s some refocusing going on here. Some burn is also present on the edges and electronic stabilization was decent. Focus and exposure was likable. The OS is stock Android 6.0 Marshmallow, with Nougat coming any day now. All the experience is stock, including the apps and widgets. FairPhone throws in an iFixit app and its own updater. 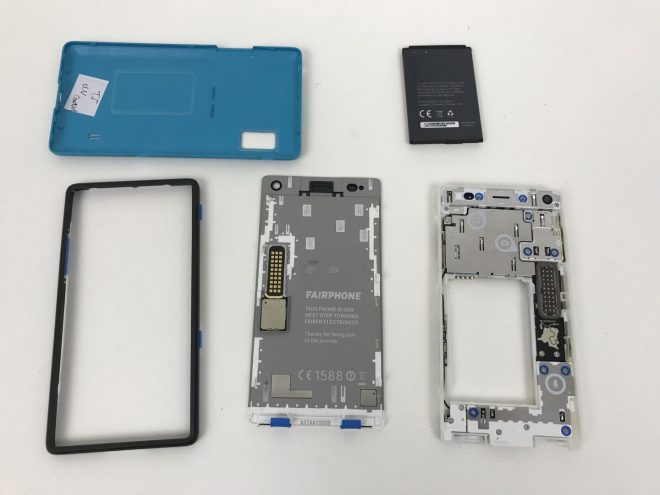 I won’t insist too much on the features and experience. You’re buying a concept here, a mentality, an approach to the way handsets are made today. FairPhone is against fights in African countries and slavery for the minerals in your phone. They’re against suicides in Chinese factories making handsets. They’re doing it differently. And that takes the price high, while delivering a Galaxy S5-like experience, minus the beauty and waterproofing.

We like to see such original projects and look forward to hearing more about them in the future.