Yes folks, the just announced Android 2.2 aka Froyo will hit your Nexus One in the near future, as claimed by Google on its official Twitter I/O account. Hopefully, this will bring another round of stability improvements and bug fixes, as major software updates usually do. 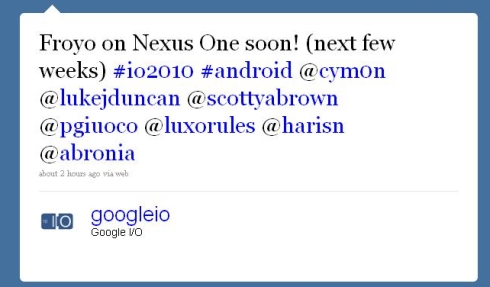 We wonder when the first leaks will start and if Froyo will go live before iPhone OS 4.0 does. What’s your best bet on the official launch date?