We’ve heard that the HTC Paradise had reached the FCC months ago and now it’s back, this time with a leaked picture and speculations claiming that it’ll reach AT&T’s portofolio soon. This Android QWERTY slider was supposedly bought by some dude out there, in the prototype version, from Craiglist. 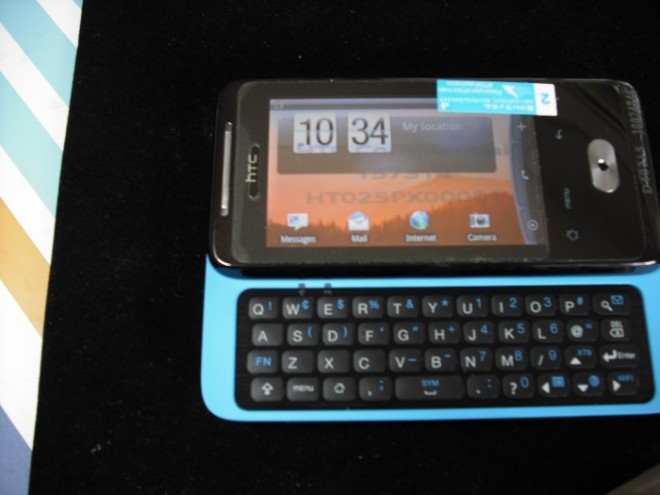 The sliding QWERTY keyboard looks pretty nifty and we learn that there’s also a 3.2 inch display on board, a 3.2MP camera, too, but rumor has it that the sensor has been boosted to 5MP. Sense UI works perfectly with Android and this seems more like a messaging handset, than a high end powerhouse.

Paradise was first spotted in April, as a mid-range handset and now it’s getting ready for AT&T and maybe Black Friday’s price reductions. We’re expecting this model to even reach out pockets for free, if possible, with a nice contract.