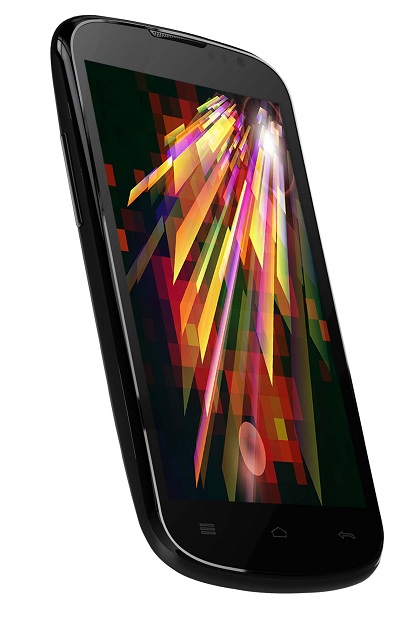 The new device is the Iris 458q, it runs Android 4.2, uses a 4.5 inch capacitive display and supports a resolution of 854 x 480 pixels. This is the first quad core phone from Lava and no, it doesn’t come with Intel technology. Its specs include 512 MB of RAM, 4 GB of storage, a microSD card slot and a bunch of preinstalled apps.

Those include WeChat, Push Mail, Ebook reader and a bunch of HD movies and games. At the back we’ve got an 8 megapixel camera with autofocus, built in flash, a front VGA camera for videocalls and a 2000 mAh battery, that will allow you to use the handset for a full day. The Iris 459q is priced at merely $163, being one of the cheapest quad core phones in the world.