LG Optimus Vu has been teased and detailed a bit in a recent LG video and now we’re waiting for MWC 2012 to come and bring us a solid demo of the device. Let me remind you that this is a 5 inch device that recently got pictured live, next to a Galaxy Note, so we would get a better idea of its dimensions. 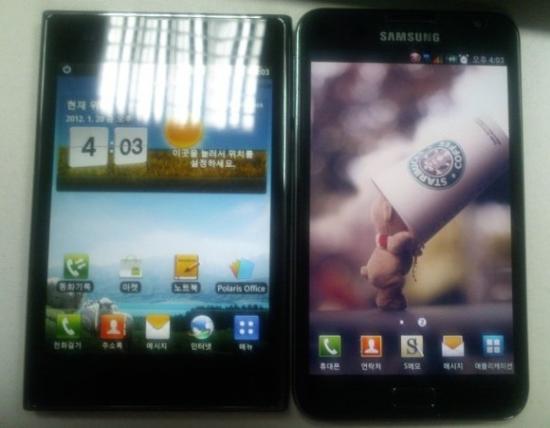 This “phablet”, as called by many (phone + tablet) supports a 1024 x 768 pixel resolution and uses a IPS LCD display with a 4:3 aspect. That’s probably why the device is so wide, as shown in the image above and it’s certainly wider than the Galaxy Note, that’s for sure. One thing to mention here is that you shouldn’t confuse the LG Optimus Vu with the 2008 LG Vu, a featurephone with mobile TV function. LG Optimus Vu is going to be an interesting addition to the oversized smartphone segment, that includes the likes of Galaxy Note, the 4.7 inch HTC Titan, Titan II and Sensation XL. There’s also an Acer 5 inch tablet shown at CES, but that’s certainly a slate, not a phone.

I wonder if LG will market the device as a tablet or as a phone, but maybe they will go the Galaxy Note way and promote it as the hybrid it is. Availability and pricing for this model should come at MWC 2012.