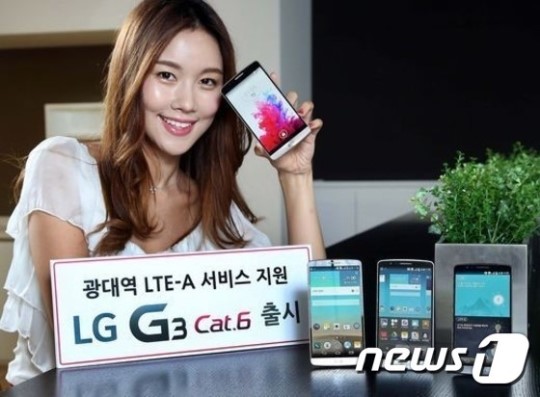 After learning that Samsung is preparing a Galaxy Note 4 S-LTE version with 3 band support, today we find out that LG is doing the same thing. They’re also readying a smartphone with 3 band LTE-A connectivity, for an introduction in January.

The newcomer may pop up at CES 2015 and could support 300 Mbps download speeds, although frankly speaking, I’m expecting even 450 Mbps here. A version derived from the LG G3 may carry the torch of the new connectivity standards, but the specs are to be unveiled at CES. Keep in mind that Samsung is working (or probably has finished already) an Exynos processor capable of LTE Category 10 connectivity.

This means both 450 Mbps downloads and 100 Mbps uploads, which beats even the Snapdragon 810 capability. Meanwhile, LG can only retaliate with a Snapdragon, since they don’t have any other CPU to beat it, or one made internally like Sammy. Will their new model be a G3 or a G Pro?