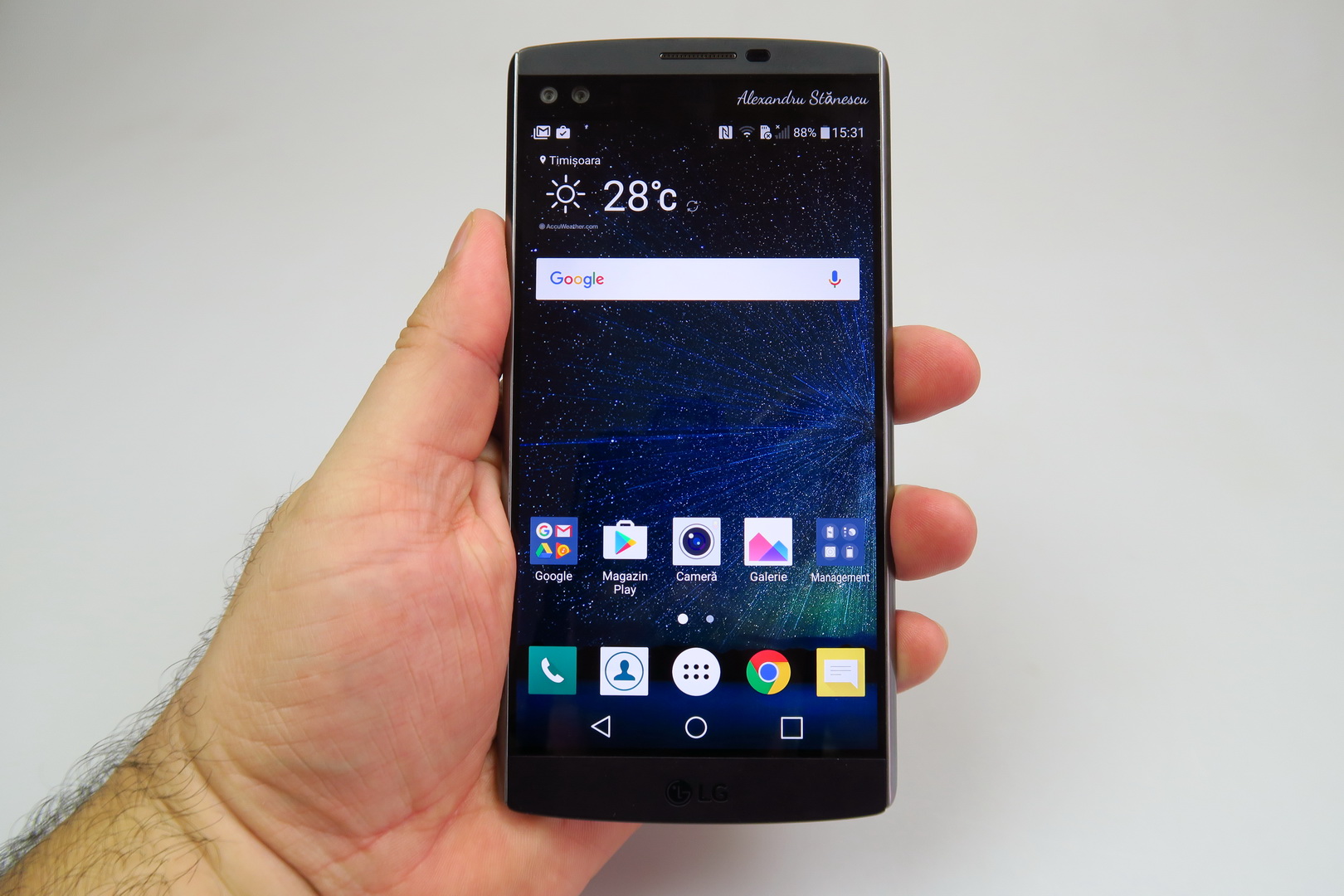 Right when I was descending onto East European Comic Con 2016, luck made it so that the LG V10 fell into my lap and I used it as a blogger’s phone. This is a dual display phablet and the bigger brother of the LG G4, sort of like a LG G4 Note. Announced in September 2015, the device was launched in October last year and it’s priced at $500 right now, although initially was $700. 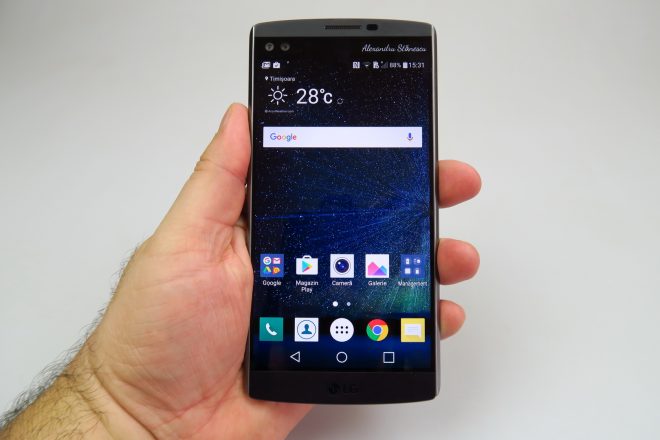 The design can only be described as “badass” and tough, since the chassis involves Dura Guard technology and it’s made of 316L stainless steel. The handset is covered with chromium oxide, that heals scratches faster. There’s also the Dura Skin technology, relying on an elastic silicone-like material, which is twice as resilient to scratches as plastic and 10 times as aluminum.

This is a 5.7 inch phablet like the Nexus 6P, only it’s beefier, at 8.6 mm in thickness, versus 7.3 mm. It weighs 192 grams, certainly more than the Nexus 6P 178 grams. LG V10 is big and massive, but very grippy and still comfy. There’s no way you’re going to use this model with a single hand, that’s for sure. It has a rubbery back that’s easy to remove. 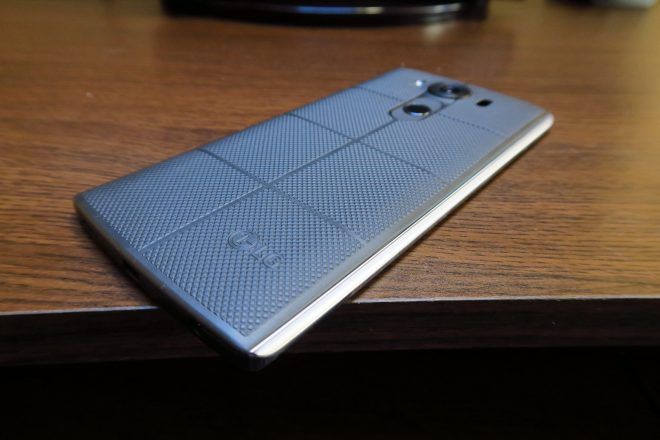 V10 is Mil STD 810G certified for shock resistance and it’s solid like a tank and almost big like one. This LG piece of work has dual layer screen protection with Gorilla Glass 4 at the core. The main screen is a 5.7 inch IPS LCD with Quad HD resolution and Quantum Display technology. The second smaller screen is placed above it and it’s an always on panel, also with LCD tech.

This is a 2.1 inch diagonal small screen with a 160 x 1040 pixel resolution. The video player used here is the Gallery, with support for Q Slide, screen ratio and subs. You can pinch to zoom and the viewing experience involves OK brightness, good contrast, but the colors feel a bit washed out. Red is pink for example. View angles are wide and the pixels of the screen are of the RGB Stripes variety. 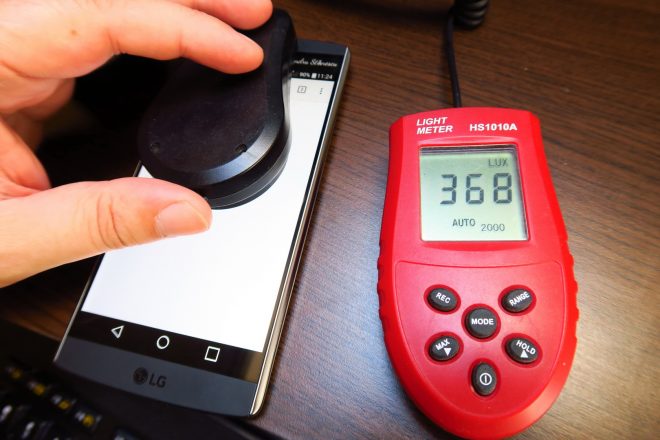 We used the luxmeter and got up to 363 LUX, which is not impressive. This means it’s 2 lux below the LG G5 and below the LG G4, with its 432 LUX. There’s a bit of light bleed going on, so matters are far from perfect. What’s sure is that it beats the Huawei G8 and LG G3. Settings let you tweak the second screen hand signature, recent apps shown there, app shortcuts, music player, Quick contacts and upcoming plans.

Those are all shown when the screen is on for your convenience and when the screen is off, you can see the date, time and signature. Other settings include Home/Easy Home, Smart Bulletin, Home touch buttons options, font options and brightness tweaks. This is not a very impressive screen, but we do appreciate the little extra added by the second screen. 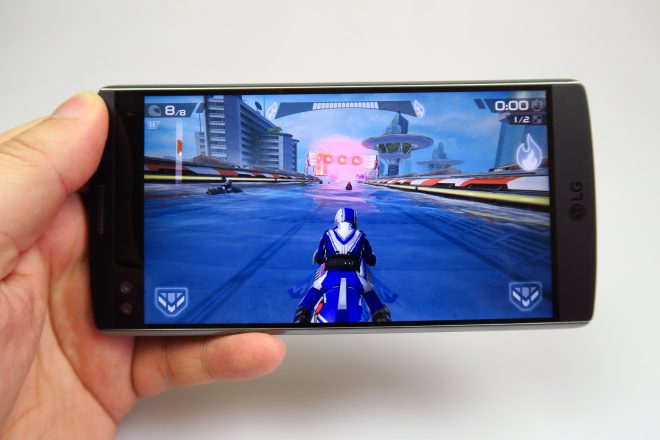 The CPU inside the device is a hexa core Qualcomm Snapdragon 808 one, clocked at 1.8 GHz and the same one from the LG G4. The GPU is an Adreno 418 and it’s accompanied by 4 GB of RAM and 64 GB of storage, as well as a microSD card slot. The handset is fast, has no lag and offers good performance, plus it runs Riptide GP2 and the game Brothers: a Tale of Two Sons without problems.

The benchmarks placed us above the Xperia Z5 in AnTuTu 6, but below Snapdragon 810 models in Quadrant. It usually gravitates around Lenovo Vibe X3’s results and performance was rather mixed. The temperature we achieved was 39.3 degrees Celsius after running GFXBench and 40 degrees after playing Riptide GP2. I noticed that the device gets very hot in the game Brothers, rather unpleasant even. 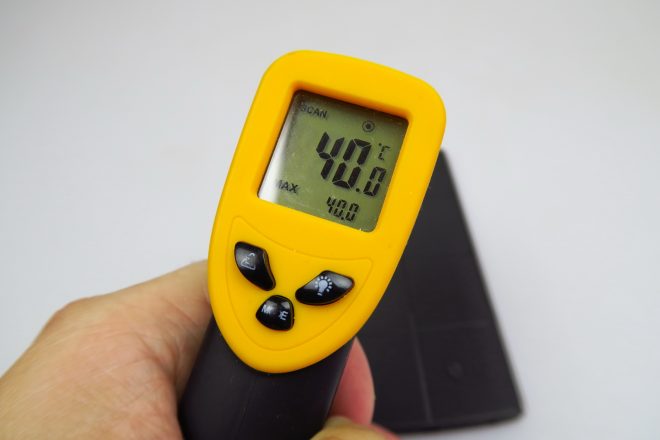 Time to discuss the battery. LG V10 has a 3000 mAh Li-Ion unit inside and it’s placed below the Nexus 6P’s 3450 mAh power source. We did a HD video playback test and achieved 9 hours and 21 minutes, which is just OK. It’s above the HTC 10 and OnePlus 2, but below the Note 3. In PCMark we scored an underwhelming 5 hours and 25 minutes, above the LG G4, but below the LG AKA and Xperia E4, both entry level units.

Charging requires 1 hour and 41 minutes, which is quite fast and we also have Quick Charge, juicing up the phone to 50% in 40 minutes. Settings for the battery include Battery Saver, that restricts background apps and blocks the second screen. There’s also a Game Optimizer feature, that adjusts video quality in games. Overall it’s a mixed battery experience, I’d say. 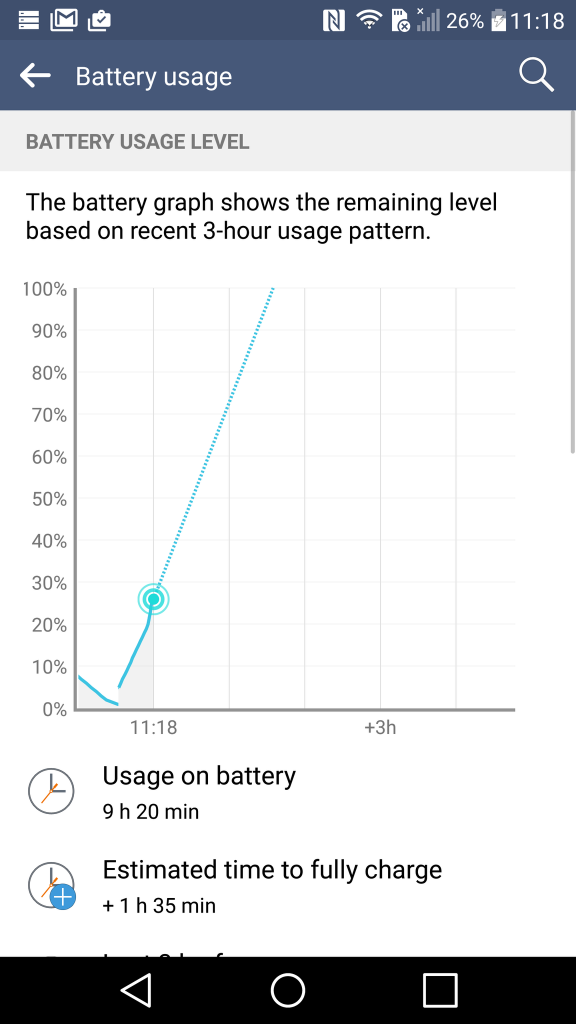 Let’s talk about the acoustics: we get 32 bit support, a HiFi DAC and the ability to upsample 16 bit files to 24 bit. The Music Player has an equalizer with settings like Normal, Pure, Surround and Quad Beat, as well as Bass Booster, Treble Booster and 7 custom channels. You can also set up the pitch and speed of songs. The acoustic experience brought us a pretty loud and clear set of tunes, good bass and slight distortion at max volume.

We did a decibelmeter test, which came out pretty weak, at 78.8 dbA, placing the phone on the 85th spot in all of our tests and below the Mstar S700 for example. At least it beats the Samsung Galaxy A5. The headphones bundled here are a work of art. They’re made of a special fabric (wire) and they don’t tangle. The metallic looking buds are stunning with their copper hue. 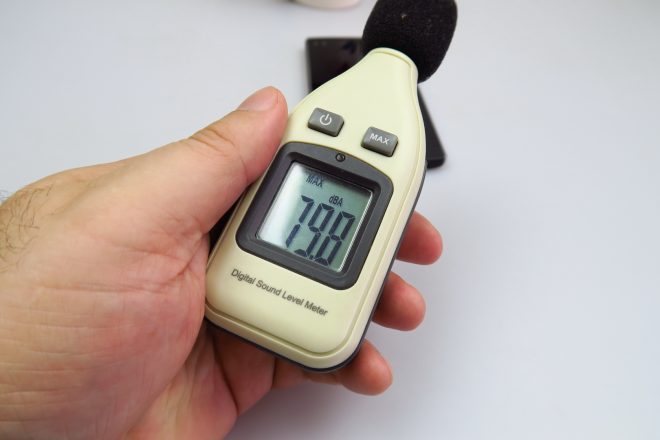 Once connected they open up a new set of options, with 75 volume levels, left and right ear balance and more. They’re beautiful, comfy, offer good isolation, loud volume and great bass. FM radio is also quite good. In the Settings you can tweak vibration strength and ringtone ID. Time to discuss the cameras!

The main shooter is exactly the same as the one from the LG G4, a 16 megapixel module measuring 1/2.6 inches and offering F/1.8 aperture, OIS and laser focus. The front camera is a surprise, including dual 5 MP shooters, one of them with a wide angle 120 degree angle lens. The camera app fires up fast and the cam delivers fast focus, fluid zoom and fast picture taking. 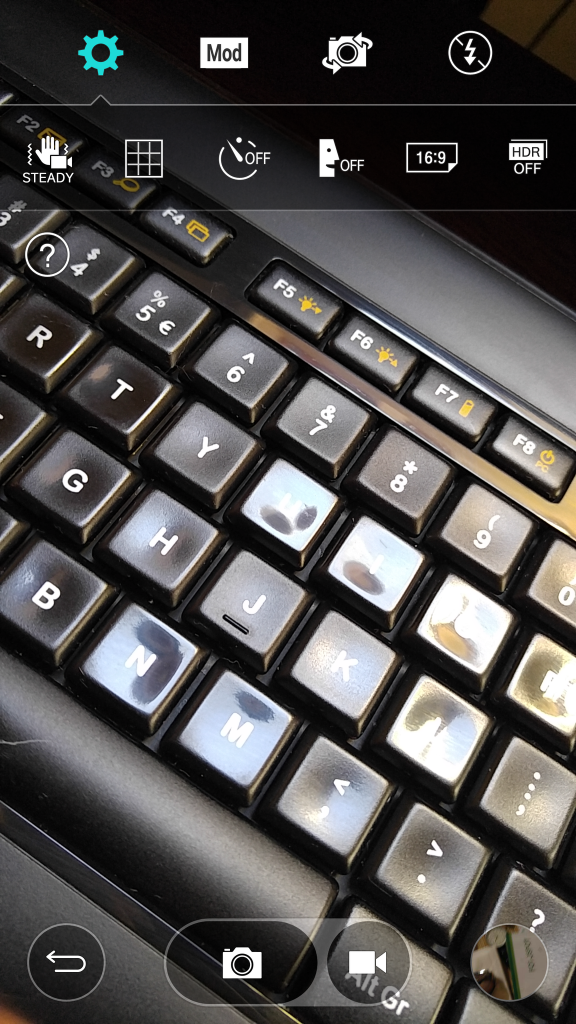 The UI is the same as the one of the LG G5 and has 3 main modes: Simple, Auto and Manual. Camera Modes include Multi View, letting you shoot with all 3 cameras, Panorama, Slow Motion, Time Lapse and there’s also HDR. You can set up the aspect (16:9, 4:3 and 1:1), film in 4K, use a cheese shutter, timer and select OIS/Steady.

Steady is used to stabilize the image when walking around. To the right there’s a sharing option, to Gmail, Bluetooth and Facebook. The Manual mode includes options like white balance, ISO, exposure, focus, shutter and Auto Exposure. There’s the option to also do RAW capture and the real kicker here is the Manual Video mode. 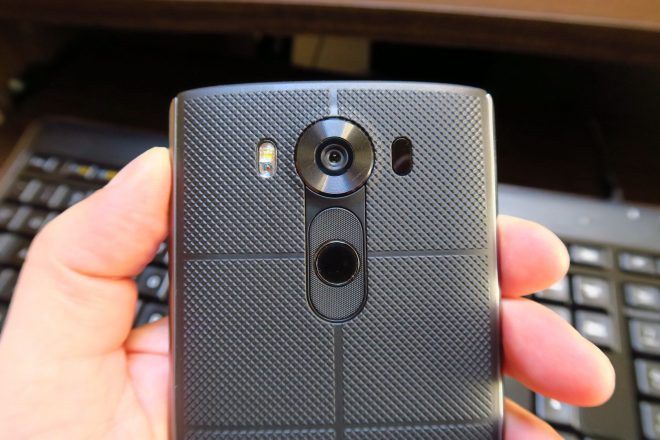 You can direct mics to certain directions, tweak decibels and apply a wind noise filter. Then there’s white balance, focus, exposure, ISO and shutter to tweak too. You can also mess around with the resolution (UHD, Full HD, Full HD Cinema), 1 FPS/2 FPS/24 FPS/ 60 FPS/ 30 FPS. Bitrate can be set to low, high or medium.

The front camera does HDR and Full HD video. Our gallery of shots taken with the LG V10 is huge, including over 400 pictures. We were lucky enough to take them at Comic Con, plus on a sunny day, at Overwatch’s launch and more. We have a set of day time shots here, Overwatch photos here and Comic Con here. During the day time, we get a great texture and colors and the selfies looked OK. We’ve got very crisp shots and tons of details in the pictures. 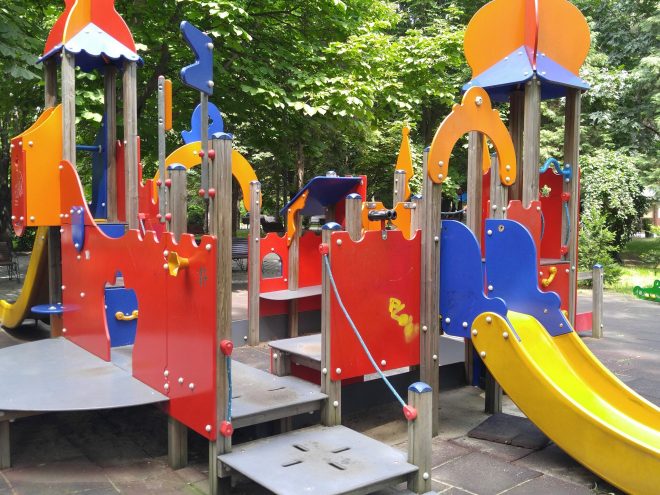 There’s some over sharpening every now and then and the zoom quality is kept at high values even at max zoom. Panorama was quite big, at 21.504 x 2624 pixels, while the HDR felt artificial. Closeups were great and we got a very nice focus play. I feel that the colors are not as realistic as the ones of the LG G4 or G5, but the images did remain crisp.

The Comic Con shots showed us that the camera can’t handle moving people and colorful lights flickering. There’s some blur, some washed out screens, but also some very nice shots, among the hundreds of pics. Overall, the G4 clarity is here and the colors are below that value, but overall this camera feels lesser than the one of the G5 by 10%. 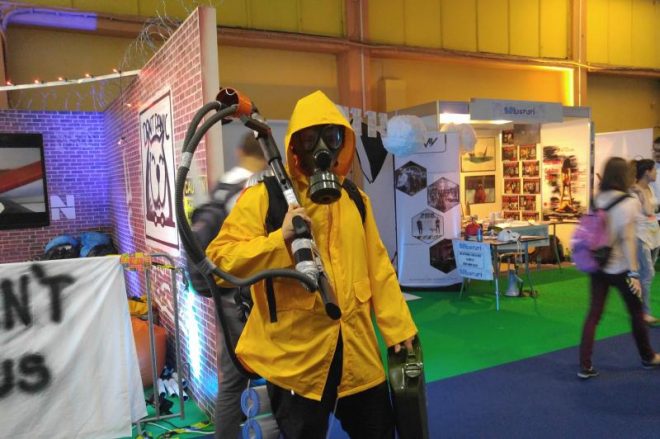 The dual front camera is nothing but a gimmick, if you ask me and doesn’t impress hugely with selfies. Low light captures brought us good clarity, big light halos, good texture of buildings and the lights tend to expand too much into the shot, deforming the lighting. It makes pictures a bit foggy and I feel that the flash was great and removes the fog.

Overall, low light capture is below the LG G4, LG G5 and Galaxy S7, that’s for sure. Video capture was done in Full HD, in MP4, at 30 FPS and 17 Mbps bitrate. Sadly, the cam keeps the swaying motion of the LG G4, but delivers good clarity and colors. Optical image stabilization works fine and the 4K video has a bitrate of 47 Mbps. The exposure change was great and clarity was excellent. The front camera takes OK video, but has some mic problems.

There’s some refocus during video capture, but the colors are realistic, minus the clouds. We also have good zoom quality. The Comic Con videos showed that the microphone can’t take the heat and the big video screens are all fuzzy. Clarity was good, but there were some exposure problems. I’d say that the camera remains good enough for events, minus the acoustics.

It’s somewhere between the quality of the LG G4 and the LG G5 video-wise and this remains the phone with the most video options I’ve seen ever. The web browser offered here is Chrome, with a modest speed and mid level benchmark results. The keyboard is comfy and we also get a numeric row. On the connectivity front, all the fields are covered, including Bluetooth 4.1, WiFi a/b/g/n/ac, microUSB 2.0, GPS, Glonass and NFC. 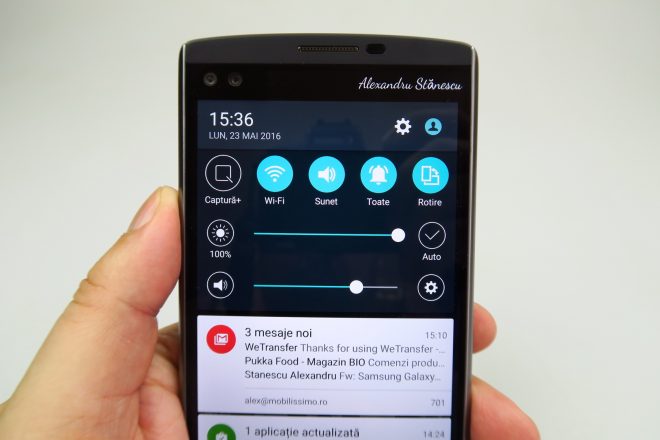 There’s also LTE Category 6 in the mix, with up to 300 Mbps download speed, DLNA, infrared and Miracast. Calls have an OK volume, offer good clarity and the mic is also pretty good. Speedtest in 4G gave us a download speed of 47 Mbps and upload of 7 Mbps. It’s weak, but maybe it’s the carrier fault. WiFi speeds are 166 Mbps (download) or 24 Mbps (upload).

There’s also HD voice, Speed Dial and One Hand Usage, plus noise suppress and voice clarity added. As far as the OS, UI and apps go, we get Android 5.1.1 here, with LG UX on top. It’s a minimal and flat UI, that includes Smart Bulletin as the leftmost homescreen. That one aggregates data from Calendar, LG Heath, Tips, TV Remote, Smart Settings and Evernote. 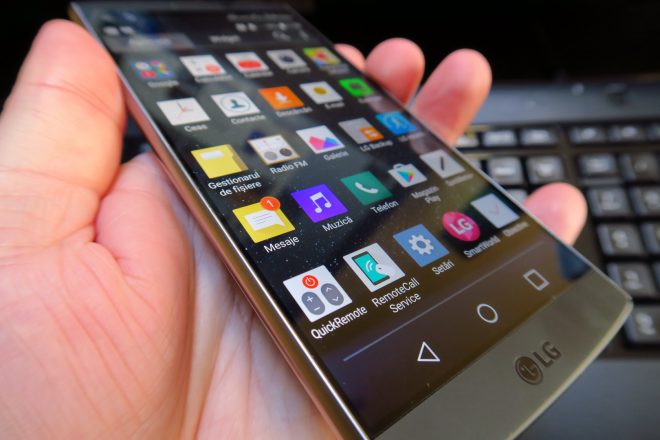 Widgets are flat, minimal and abstract here, while the multitasking is offered as a carousel, with app pinning included and dual window setup offered. The dropdown section is busy as usual, with a brightness slider, volume slider, notifications, Quick Settings, Q Slide, Capture+ for editing screenshots and capturing them.

Settings offer Mini View, Shortcut Keys associated to volume buttons and fingerprint scanner options (good looking setup animation, multiple phases, screen lock, content lock). It’s also a pretty accurate scanner. Back to the Settings, you can arrange a scenario for using the phone Home or Away, with automatic disconnection or connection of networks. 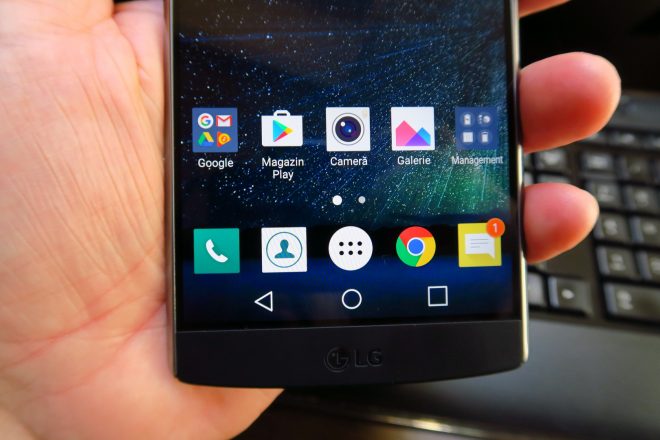 Overall, LG V10 is a tough phablet, with a ton of camera options and pretty good camera too. It offers solid performance, but it’s stuck at Lollipop. We’ve got a below expectation battery, overheating, but in the end it’s a good phone for bloggers, only if you fix the microphone. What’s sure is that it can take a beating and it can take a pic and video for sure.