Last year a company called Lumigon A/S came out with a brand new Android smartphone that promised some hot multimedia features. Dubbed Lumigon T1, this device never saw the light of day, but now, as we draw closer to Mobile World Congress 2012, the perspective of a new Lumigon handset appeared. The info comes from Lumigon itself. 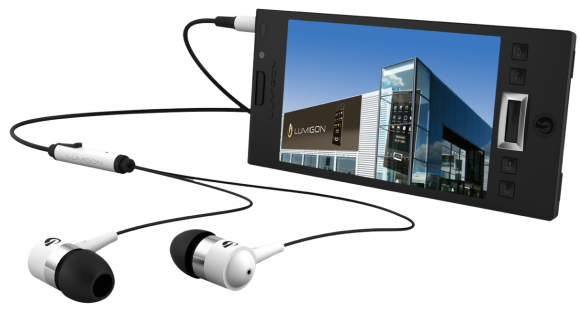 The original T1 model had a 800 MHz Freescale CPU, an optional Qualcomm HSDPA modem and a 3.5 inch 800 x 480 pixel display (LCD), plus a 5MP camera, Bluetooth, FM radio and A-GPS. The real appeal here was the multimedia array of accessories and functions, that included a HDMI dock, an FM transmitter and the Bang & Olufsen ICEpower audio amplifiers. You could also use the T1 as an universal remote with all the action being based on infrared technology.

Meanwhile, Lumigon promises to give us something special on February 27th in Barcelona, at MWC 2012. I’m really curios to see what they’ve come up with over the past year. Are you?