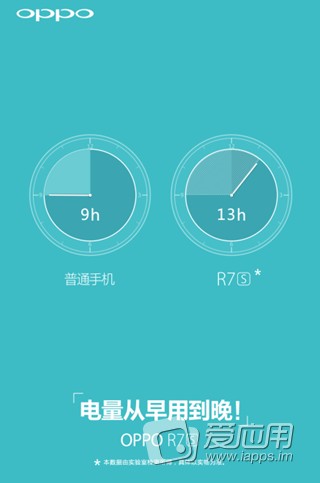 The Oppo R7s will apparently bring a very solid battery, according to some info published online today. The device is going to be released on the 18th of this month in Dubai and insiders claim that its 3070 mAh power source will provide up to 13 hours of continuous usage.

The same sources mention that the handset will offer 9 hours of normal usage and it’ll get you through the day easily. Oppo R7s is expected to get the same fast charge feature as the other R7 models, or better said the functionality that offers 2 hours of calling with a 5 minute charge. Other rumors talk about an octa core processor clocked at up to 1.7 GHz, 3 or 4 GB RAM and 16 GB of storage.

This model is going to support up to 128 GB of memory expansion and integrate a 5.5 inch Full HD AMOLED screen, as well as a main 13 megapixel camera. Upfront there’s an 8 megapixel shooter and I also expect a fingerprint scanner at the back, since that’s the trend right now.