If in the past smartphone launch events from China didn’t managed to catch our eyes, this thing change from a while even since producers like Xiaomi, Gionee or OnePlus One brought on the market some pretty attractive phones that arrived with high-end specs and mid-range prices.

A smartphone like this expected by a lot of people is also Xiaomi Redmi Note 2, device that could be launched on January 15th. Also, with this new information we get to know some possible specs of the phone that seems to look like Xiaomi Mi4 if we’re taking Oppomart.com as a credible source. 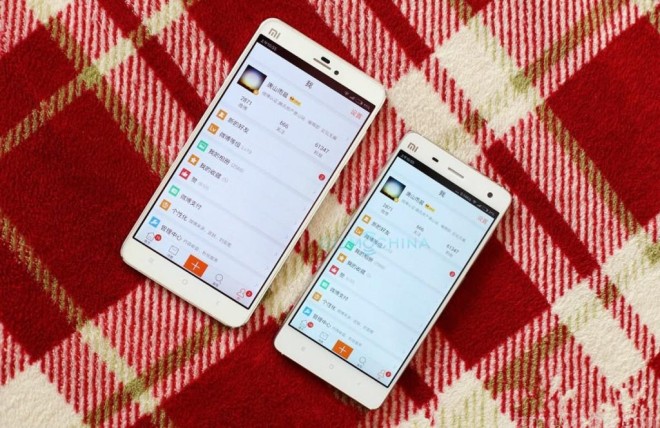 This detail is also unveiled by a leaked live photo with the Redmi Note 2 phablet that is sitting next to Xiaomi Mi4 flagship. Getting back to the specs, you must know that Redmi Note 2 could bring a 5.7-inch Full HD display, an octa-core Qualcomm Snapdragon 615 processor on 64-bit, 2 GB of RAM and a 13-megapixel rear camera with LED flash.

Among other specs we may get a 5-megapixel front-facing camera for slefies, 4G LTE connectivity, a 3.600 mAh battery and 16/32 GB variants. From the price point of view, is rumored that the 16 GB variant to be sold for $249.